Check Out Edraw's Bigger Seasonal Deals - Up to 60% Off to Get Edraw Products. Join Now! >>
Template Community / Electrical Plan

512
25
Report
Publish time：06-04-2021
Tag:
electrical plan
Electrical Plan Collection
1. Introduction
Electrical plan layout can be created using EdrawMax or EdrawMax Online as the free tool has hundreds of predefined symbols and templates that let you create a factually correct electrical plan layout for your architecture or building areas.
2. What is an Electrical Plan
An electrical drawing is a type of technical drawing that shows information about power, lighting, and communication for an engineering project. The major parts of an electrical plan include general and specialized electrical requirements, lighting systems, and the electrical distribution system.
It is also known as a wiring diagram or an electrical drawing, and it is a visual and sketched explanation of our building's circuits and electrical features. It consists of lines and symbols in a pattern that depicts the property's electrical system, which is often developed by an electrical engineer. We should be able to demonstrate the positioning of the project's used equipment, their technical features, and how they integrate into the overall electrical system with the use of an electrical design.
3. What Includes in an Electrical Plan
Step 1: Cable Routing Diagram
The location of the electrical cabinets, cable kinds, and routes, and the location of all electrical equipment and devices in the building are all depicted in a cable routing diagram.
Step 2: Make a detailed plan ahead of time.
Focus on your electrical strategy after you've finished with your layout. Before being plastered, laid out, and fixed, the wirings pass through the ceilings, walls, and floor.
Step 3: Begin with the layout of the interior.
Place your fan, AC switches, and light around your exits and entries. Place your outlets close to the counters and tables now. Then select where you'll put your large equipment, such as your television, computer, washing machine, printer, and so on.
Step 4: Go over your strategy in detail.
Once you've finalized your layout, print it out and go around your house with it in your hands. Because there are no walls or power, the configuration is flexible; therefore, envision turning on and plugging in appliances. This will allow you to install switches and outlets in the most convenient locations.
Creator 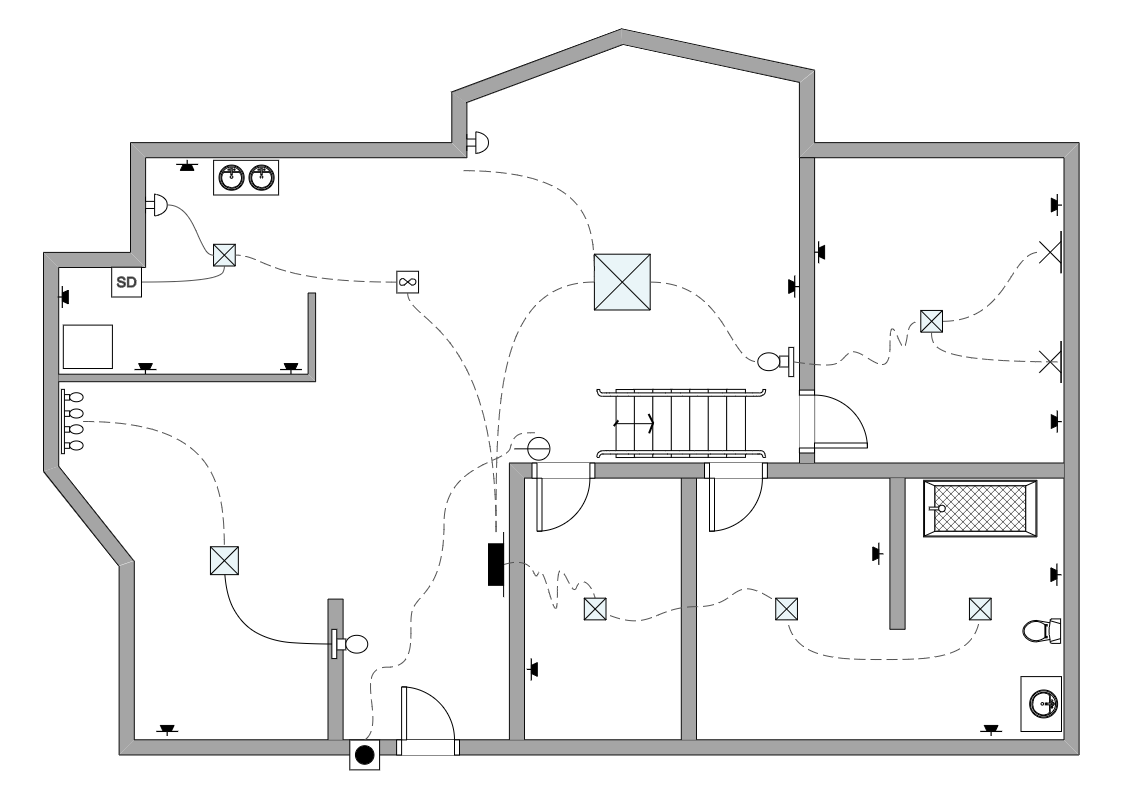