Go Paperless to Save Earth - Up to 60% Off to Get Edraw Products. Join Now!
Template Community / Affinity Diagram Project Management

3
2
Report
Publish time：05-27-2022
Tag:
affinity diagram
Affinity Diagram Collection
What is an affinity template for project management?
Project Management Professional® (PMP) holders understand that the world is data-driven. They also understand that data pushed at them for a project, or data obtained during a project, isn't necessarily obvious or straightforward to relate to project activities. An affinity template, for example, can solve an urgent data problem while also forming teams via the collaborative process of creating it.

Benefits of creating an affinity template for project management:
The Affinity template organizes and simplifies concepts so that it's clear which one is applicable in which situation. Ideas can be divided into functional domains or organized in a way that allows for the occurrence of comparable challenges. Instead of having to come back to a comparable issue later and not recognizing how a previous choice influenced it, such issues can be treated jointly or in close coordination. A study of the facts or ideas might yield solutions that can be further categorized based on how simple they are to implement or the quantity of change they would bring about.

How to create an affinity template for project management?
Affinity templates are familiar to Project Management Professional® (PMP) holders; individuals looking to broaden their project management toolkit or studying for the PMP test should be aware of its concept and use.
Affinity templates are used in the PMP exam to organize facts obtained during research or ideas made during brainstorming sessions.
To provide structure to an unsorted or disorganized set of data, organize it.
groups established throughout the affinity method procedure foster new thought patterns

Tips for creating an affinity template for project management:
If the data you're working with is unstructured or disorganized, an affinity template can help you figure out how to use it and figure out what it means. When a concept is too complicated and affects several teams and stakeholder expectations, it's important to make a list of all the locations it affects and the dependencies so it's simpler to comprehend. When the dataset you're working with is already organized, it's simple to understand.
Creator 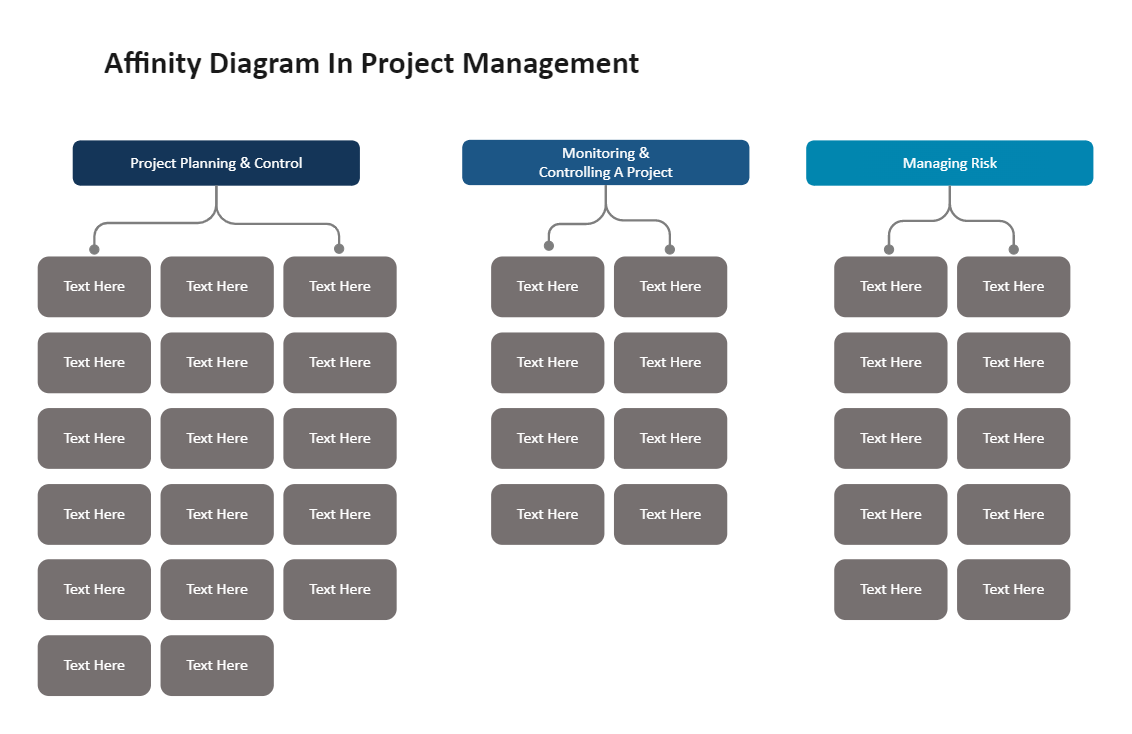