What is a deployment diagram in UML?

The deployment diagram plans the software planning generated in a blueprint to the physical system planning that runs it.

When to use a deployment diagram?

An artifact constitutes the definition of a tangible physical-world establishment connected to software programming.

During the process of software development or some executable file, the object can be used to describe the framework. Deployment of the artifacts is done on the nodes. The most regular artifacts are listed below.

Nodes are used for the deployment of Artifacts. UML elements get concrete demonstration through its application. Node is an adaptive asset on the subject of which artifacts are positioned for implementation. A node is a physical object that can implement one or more artifacts. A node can range in its value be conditional on the magnitude of the intended.

Node is a crucial UML component that narrates the implementation of code and the transmission among different system structures. It is symbolized by a three-dimensional box with the node-name on it.

Quick Fact: A node as a container means that a node contains another node inside it, such as in the example below, where the nodes contain components.

Association is a line that stipulates a communication or new sort of transmission among nodes. An association constitutes a conveying route between nodes.

The stereotype is a device which is contained within the node. It is presented at the top of the node, with the name bracketed by double arrows. There are various standard stereotypes that are provided for nodes. A few of them are «user pc», «cdrom», «cd-rom», «computer», «disk array», «pc», «pc client», «pc server», «secure», «server», «storage» and «Unix server». The standard stereotypes show an icon in the top right corner of the node symbol. 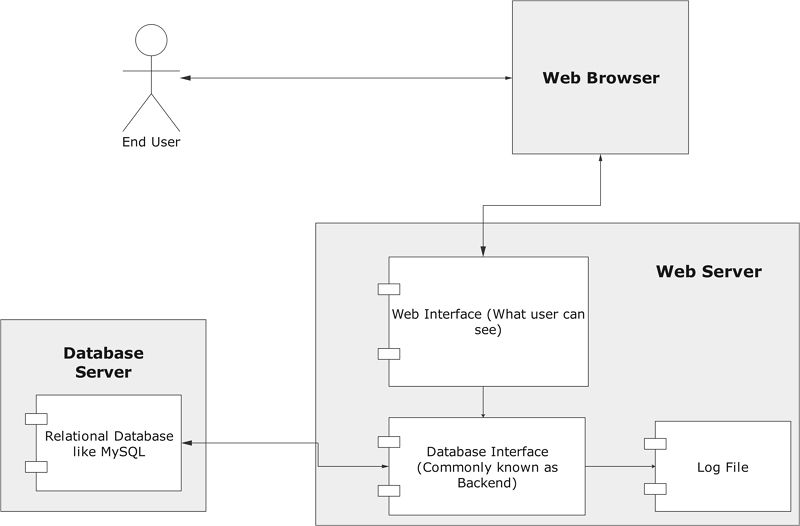 The first example depicts how a user foresees something available to him on the internet using a web browser. But he is unaware of the web and database servers while he browses the net. Whenever a user generates a query, the Web Browsers instantly connects with the Web Server. There are three major components related to it:

When the user asks for a result, the web browser checks into the database to generate the result and display the result to the End User on his computer screen. 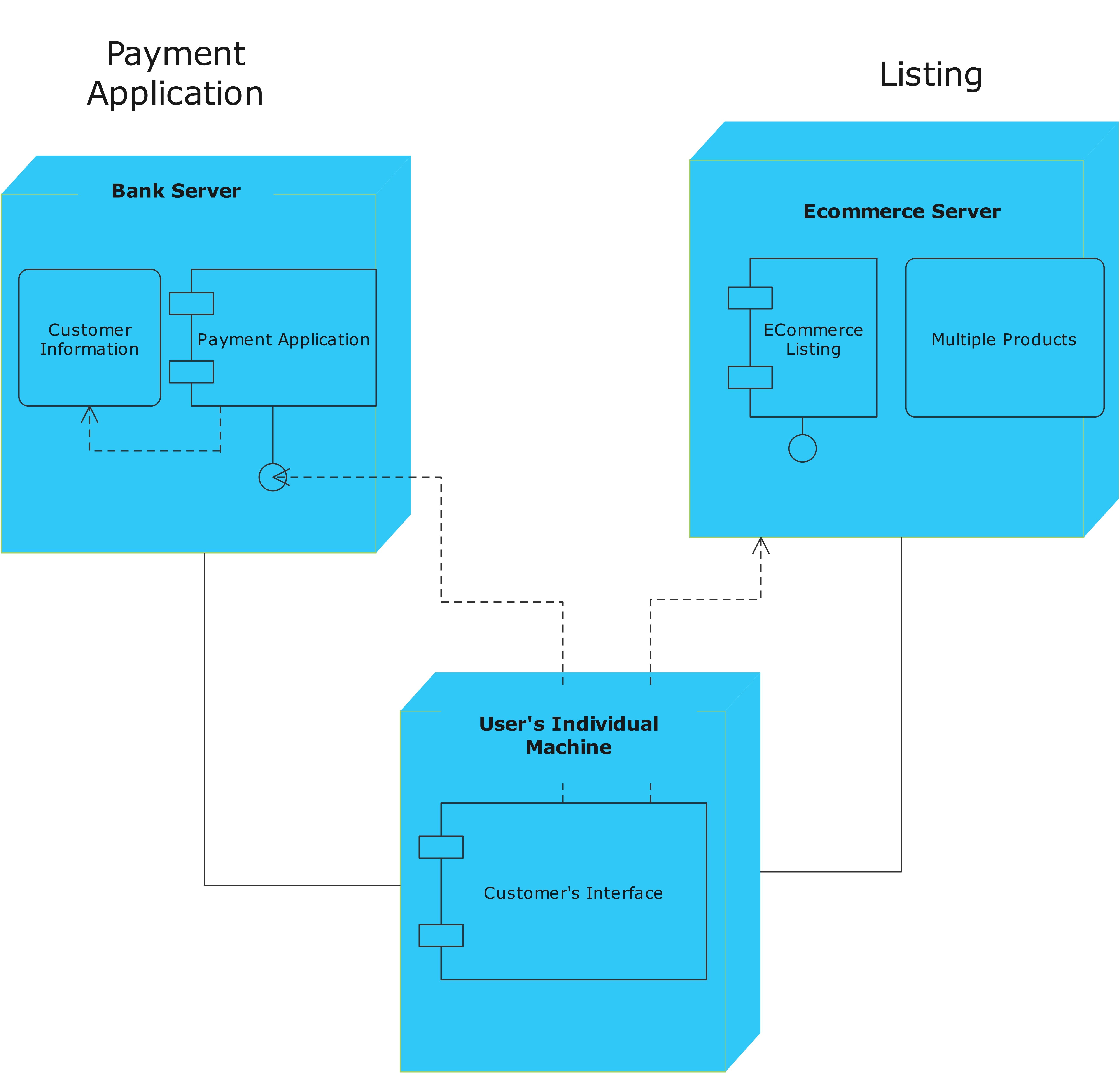 This is a simple example of how an E-commerce platform generally works. It shows how a user goes to an online platform to purchase something. To successfully place an order, he will first have to check the listing available on the E-Commerce website's server, denoted here by a package and subsequent component. After selecting the product, the query redirects to the bank where all the banking transactions happen. This is indicated here by the box titled Bank Server.