The hype and grandeur surrounding HBO's Game of Thrones could not be missed by anyone back in 2018. Everyone was talking about it, and everyone was watching it. The show gained so much popularity due to its unique storylines and characters. The battles and the reality of how nasty politics could be back in the days brought a lot of audiences to the couch.

1. Game of Thrones Family Trees of All Houses

The Game of Thrones universe is a huge universe consisting of multiple families and houses. The most intriguing part of the show was that there was no one protagonist; each viewer had their favorite character. Due to the extensivity of the storylines, one could find oneself confused about character relationships. So, for this purpose, we have compiled the family trees of all the houses in this article. EdrawMax can help you create interactive family trees for free with easy-to-edit templates and symbols. With this free family tree maker, you can easily create and share your visualization ideas about Game of Thrones. 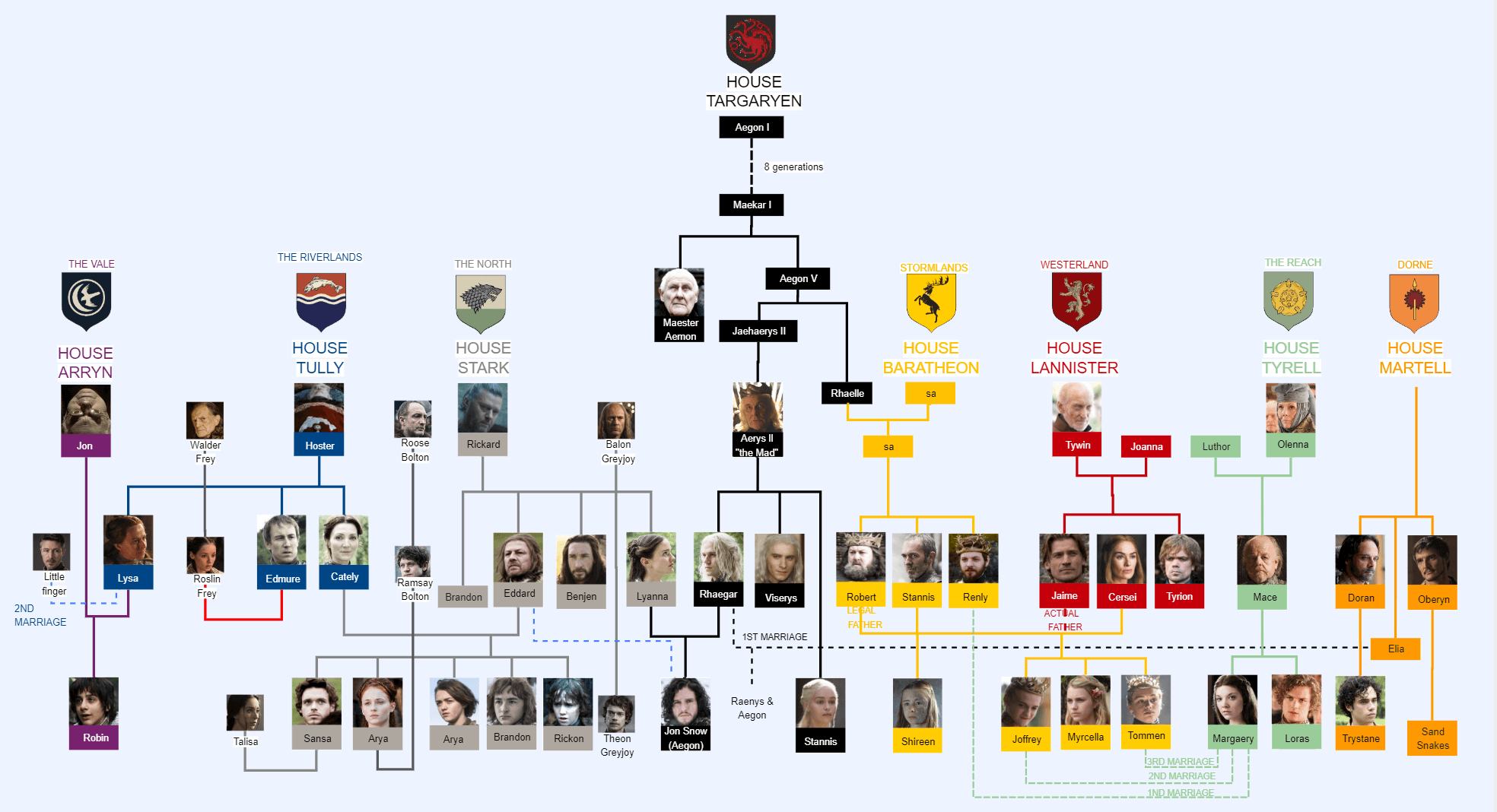 Spoiler Alert: If you haven't watched the series or read the books, there may be information that you do not want to know, so beware!

This section will be so much fun and enjoyable for you because, in this section, we will tell you all about the family members and their family tree shown in Avatar the Last Airbender. You can learn from here, and tell the things to your friends, or other people, who also seem interested in the show. 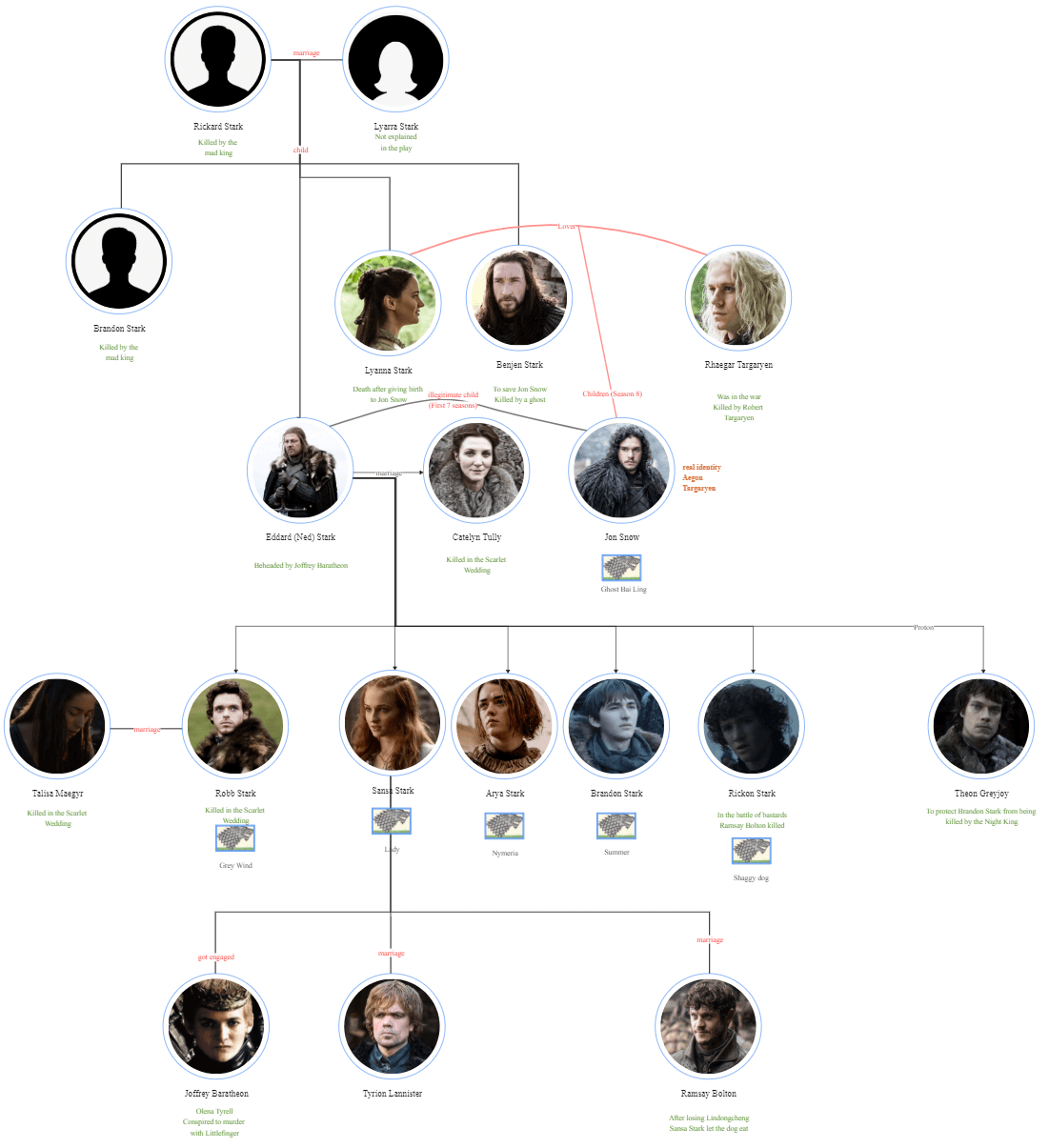 The next House on the list is House Targaryen. Targaryen's were one of the most powerful houses in Game of Thrones. The reason was that they had dragons! The story of House Targaryen begins with Aerys II, AKA the Mad King. He was the King of the Seven Kingdoms before Robert Baratheon's rebellion. The main character of this House is Daenerys Targaryen. We see her gathering her army and building forces to take back what was rightfully hers throughout the series, the Iron Throne! For a while, she remains the only living Targaryen until it is revealed that Jon Snow is the son of Lyanna Stark and Rhaegar Targaryen. 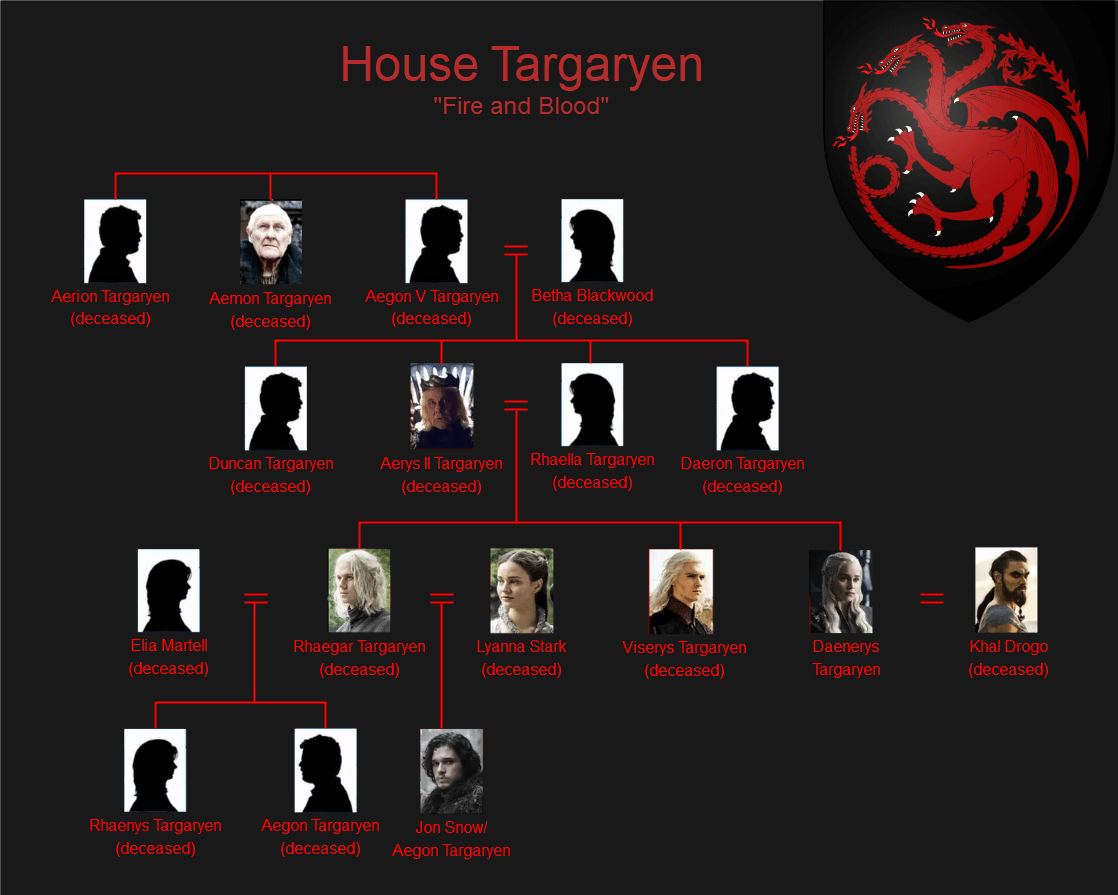 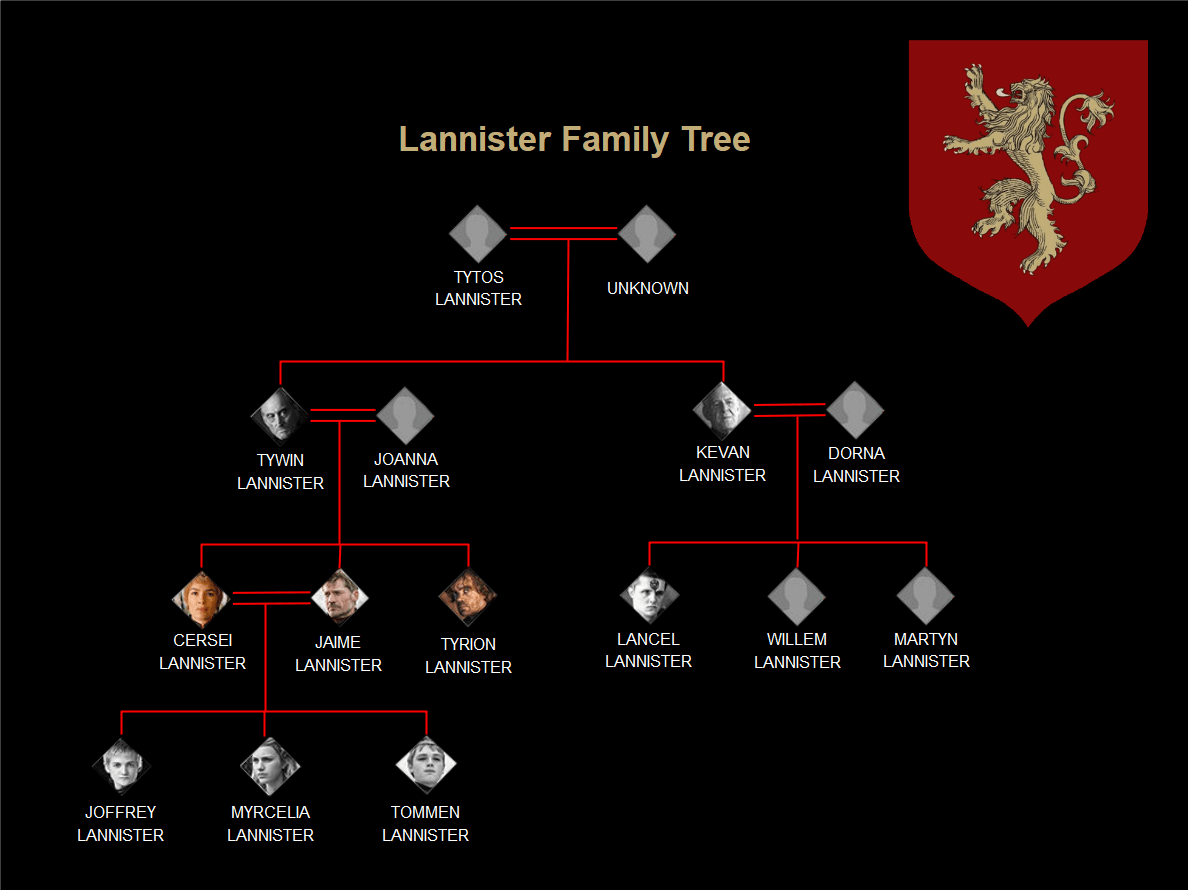 There is not much to know about House Baratheon. The only key figure in this House was Robert Baratheon, who started the rebellion against the Mad King. He then married Cersei Lannister to ally. They had three children: Joffery, Myrcella, and Tommen (but Robert was not their birth father). Robert had many illegitimate children, but they were all killed except one, that is Gendry Baratheon. 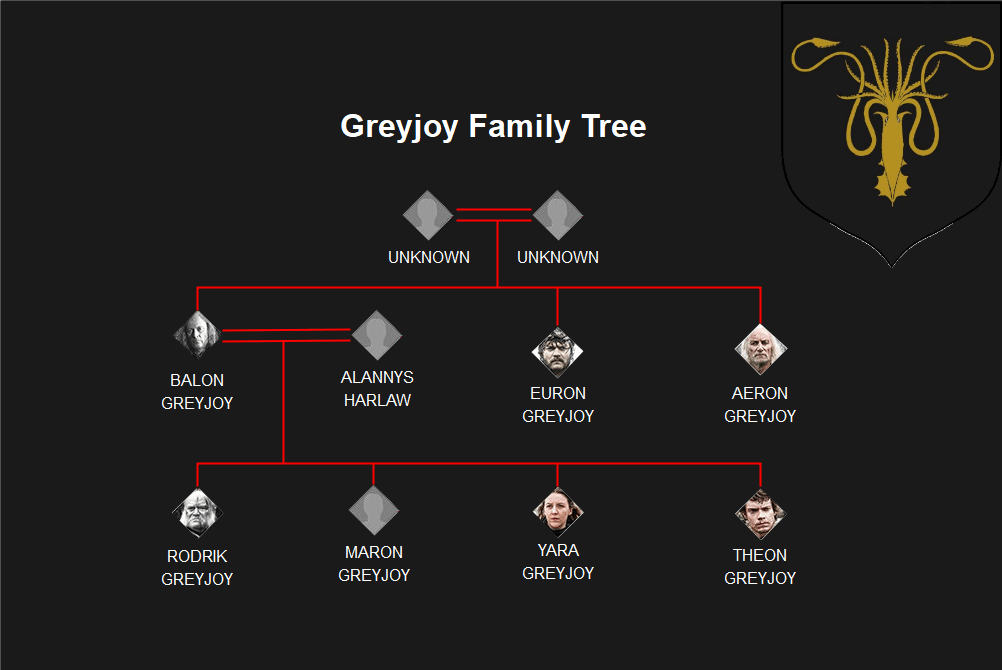 House Tyrell enters the realm of Game of Thrones when it forms a marriage alliance with House Baratheon. Margaery Tyrell marries Renly Baratheon, but after Renly gets killed, the Tyrells ally with the Lannisters. Margaery first marries Joffery and, after his death, Tommen. Although not exactly a Tyrell, Olenna plays a vital role in the series as the person who poisons Joffery Lannister, starting a chain of unfortunate events. 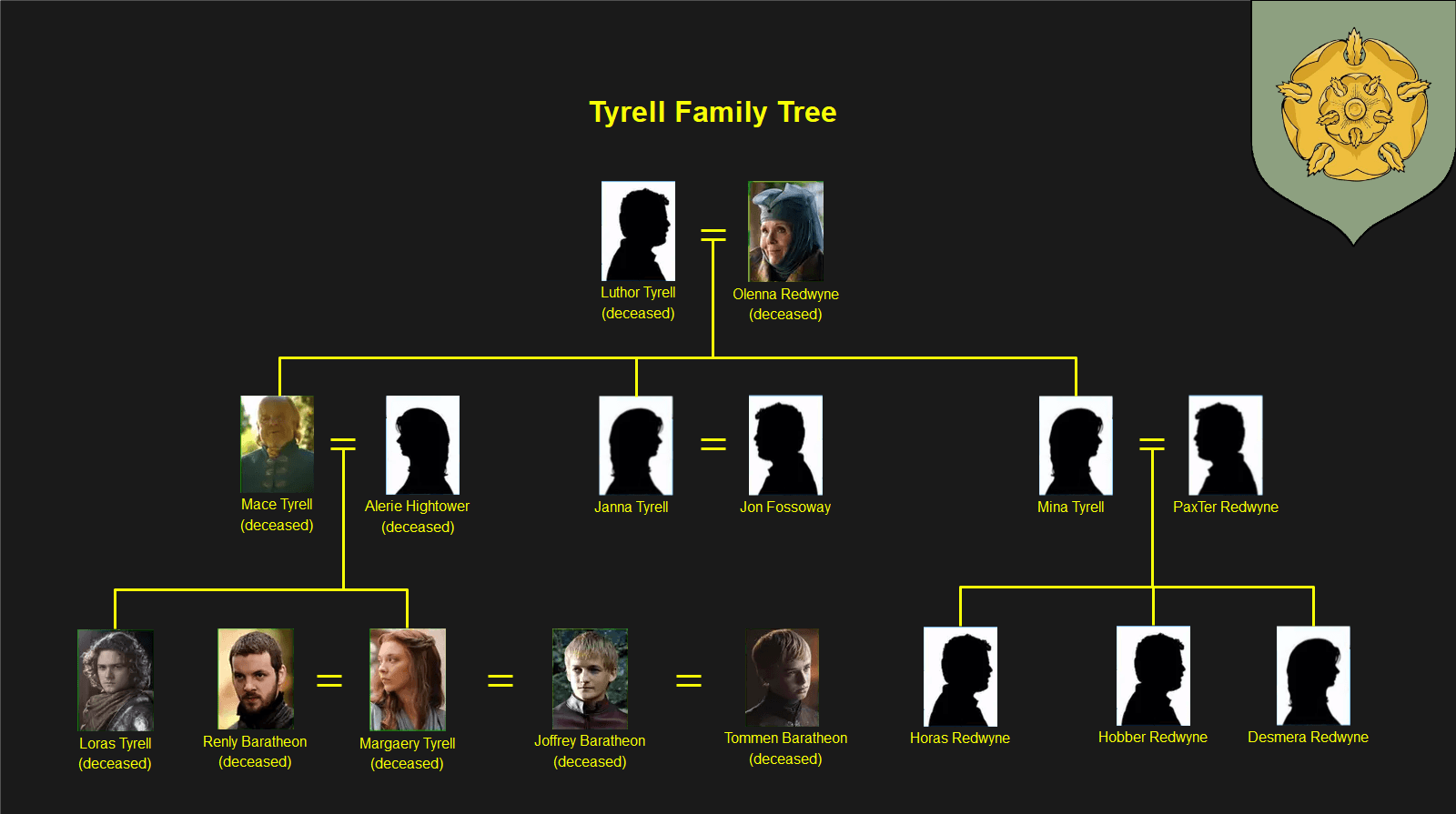 House Martell comes into the scene in Season 4, when Prince Oberyn arrives in Kings Landing to attend the Royal wedding and his wife, Ellaria Sand. Prince Oberyn finds himself in a fight against the Mountain, where he eventually gets killed. His brother Doran Martell gets killed by Ellaria upon a certain difference of opinion. Finally, Ellaria and her three daughters, Obara, Nymeria, and Tyene, are the only ones left. However, the three daughters are also murdered, and eventually, only Ellaria Sand is left alive. 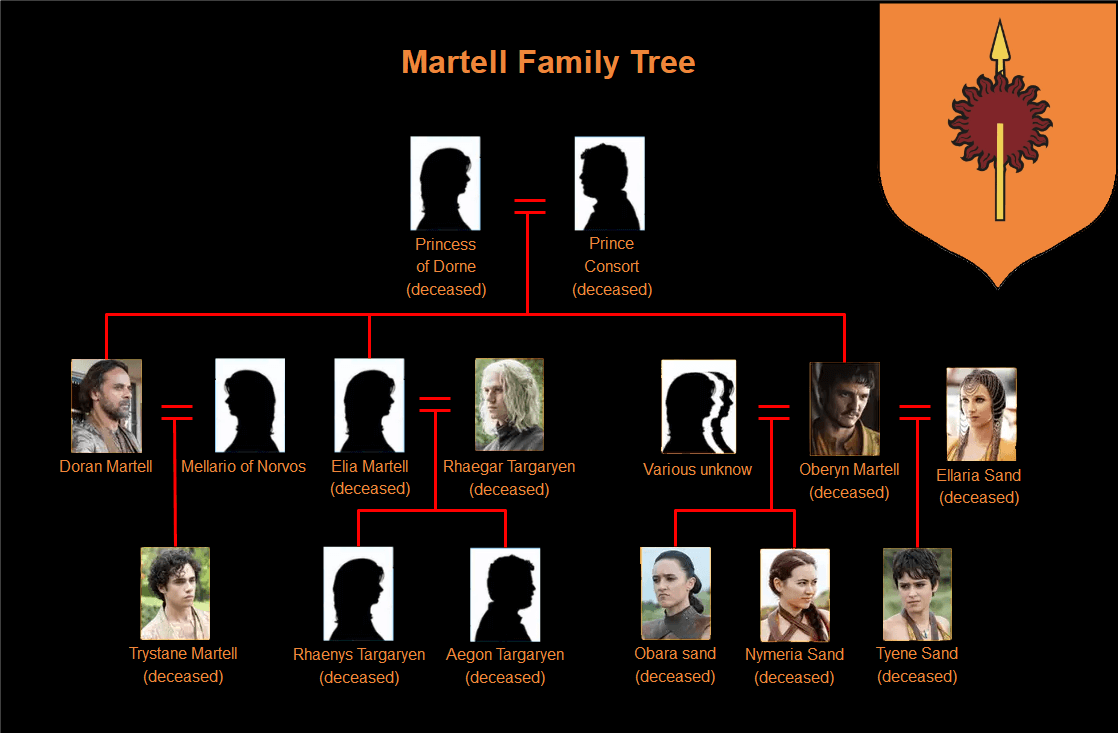 House Arryn played a very small role in the series. Its significance only came forth when Petyr Baelish married Lysa Tully, widow of Jon Arryn. Petyr Baelish eventually used House Arryn to gain personal interests. However, after his death, we see Robin Arryn taking charge. At the end of the series, we see that Robin is one of the main lords of Westeros. 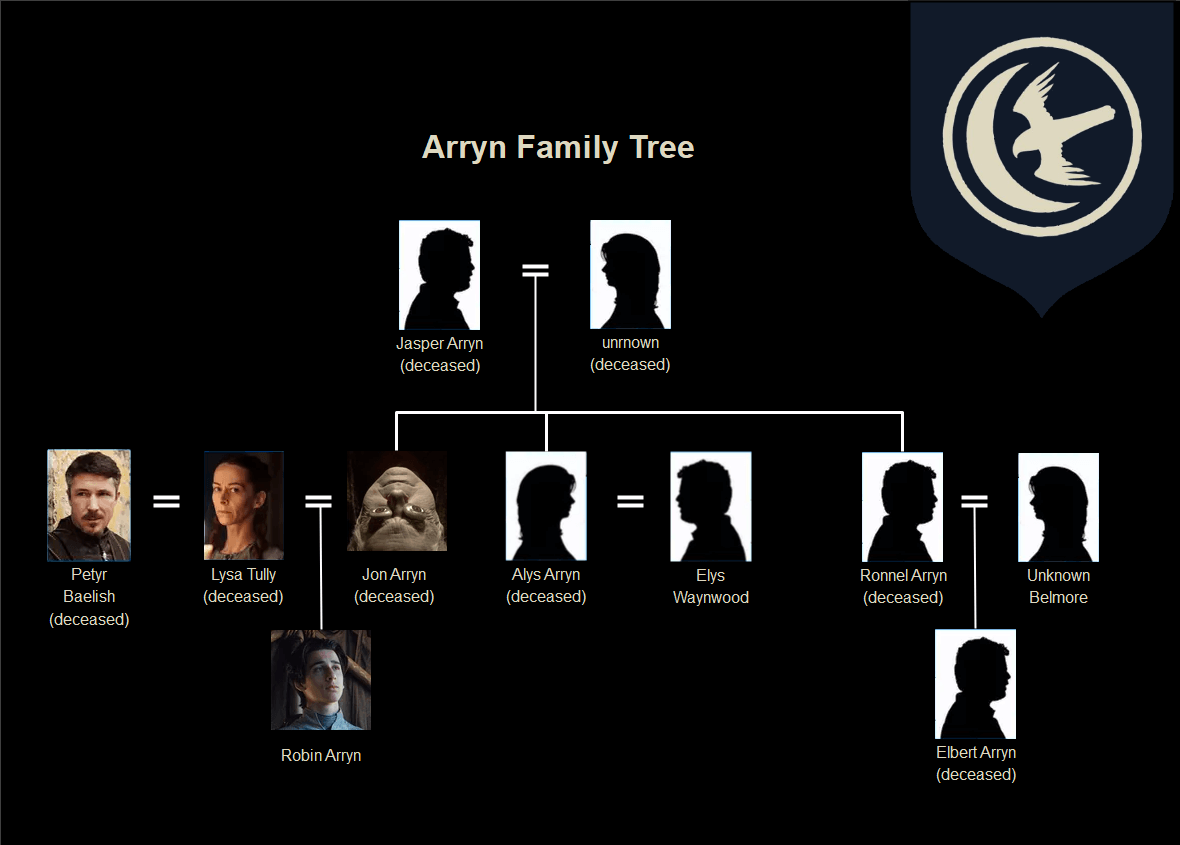 Last but not least is House Tully. The main character in House Tully is Catelyn Tully, the wife of Ned Stark. Apart from that, we also have Lysa Tully, who marries Jon Arryn and then Petyr Baelish. Throughout the series, this House seemed close to extinction. However, Edmure Tully seemed to have survived and carried on the legacy, however weak it may be.

2. How to Draw GOT Family Trees Online?

Now that you have a general idea of all the Houses and their members, do you wish to make your own customized Game of Thrones Family Tree? Well, worry not! We have just the thing for you! EdrawMax Online is an amazing tool for creating family trees online and for free. It offers multiple features and templates. It has around 26,000 symbols that you can use to create new family trees or customize the templates.

The Stark family tree is a template of EdrawMax. You can find many other templates in the EdrawMax Template Community, which you can edit and adjust according to your needs. Furthermore, EdrawMax also allows you to save and export family trees to SVG, PNG, PDF, HTML, and other formats. Other than that, you can also share these templates with the online EdrawMax community.

Game of Thrones, the series ended in May 2019. However, the fans still have a lot to look forward to. HBO announced a prequel called House of the Dragon, which has premiered on August 21, 2022. Apart from that, fans also have the next novel to look forward to. It is speculated that George R. R. Martin has the next book, The Winds of Winter, in the pipeline. The expected date of release is November 13, 2023. Fingers crossed!! 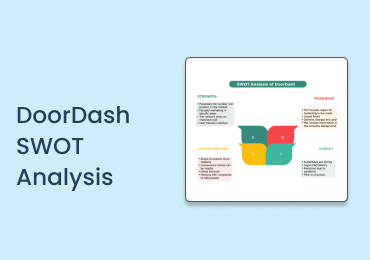 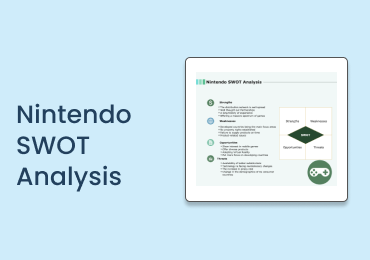 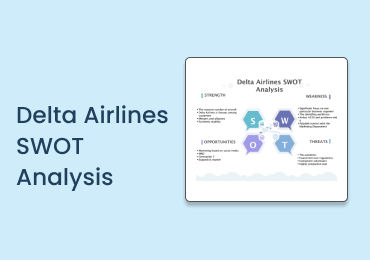 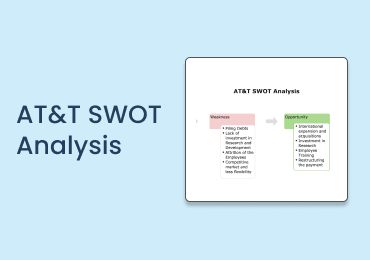 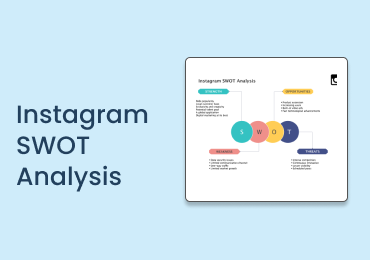