Whether you struggle in the research about cousins and family trees or want to tell your children about the concept of the cousin, you must read this article. We notify you of the true definition of the cousin and its calculation. Moreover, you will also get the knowledge of the "once removed" cousin. If your child or sibling is below five years, then it is the right time to introduce them to the relationship in a family.

If you are confused regarding the definitions and concepts of the first, second, third, or fourth cousin, then read this and the following section carefully. This section will introduce you to the idea of "first cousin," then we will move on to the second section. So, the cousin here means the first cousin.

The concept of a cousin starts from the children of the same parent. Look around your family, and you will find many children of your same grandparents. These children, with time, get married and start to have kids. 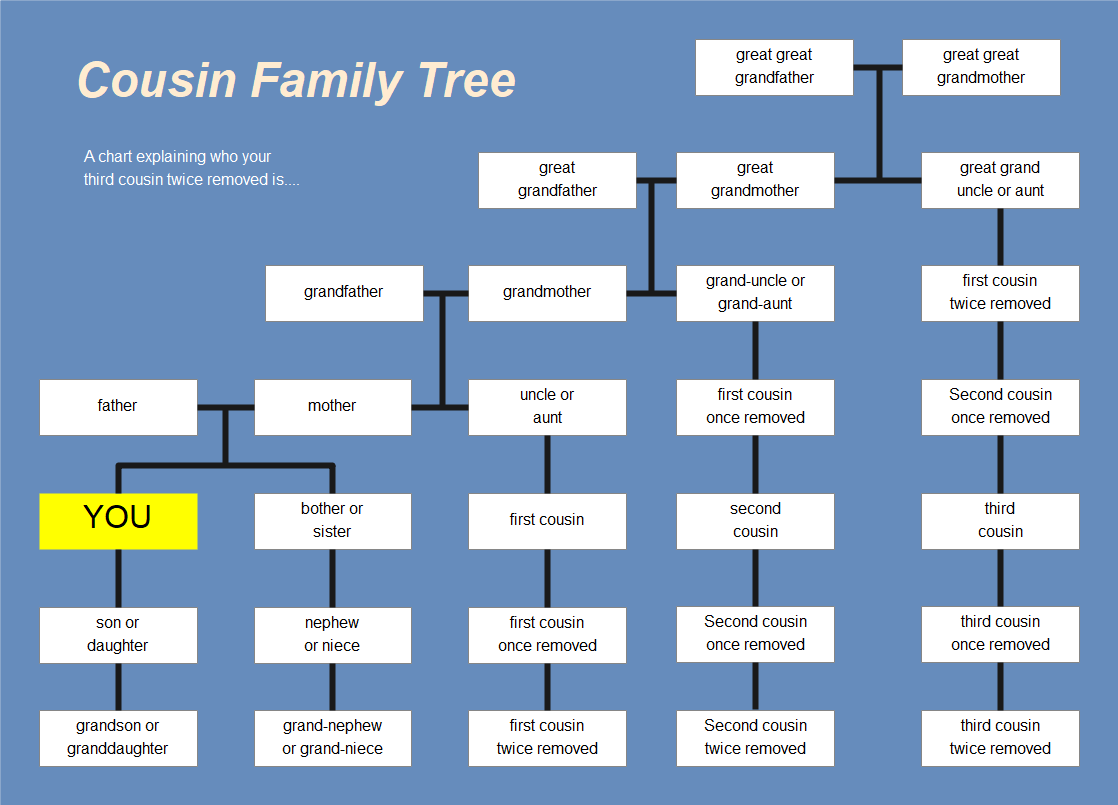 2. What is a Second, Third, or Fourth Cousin? 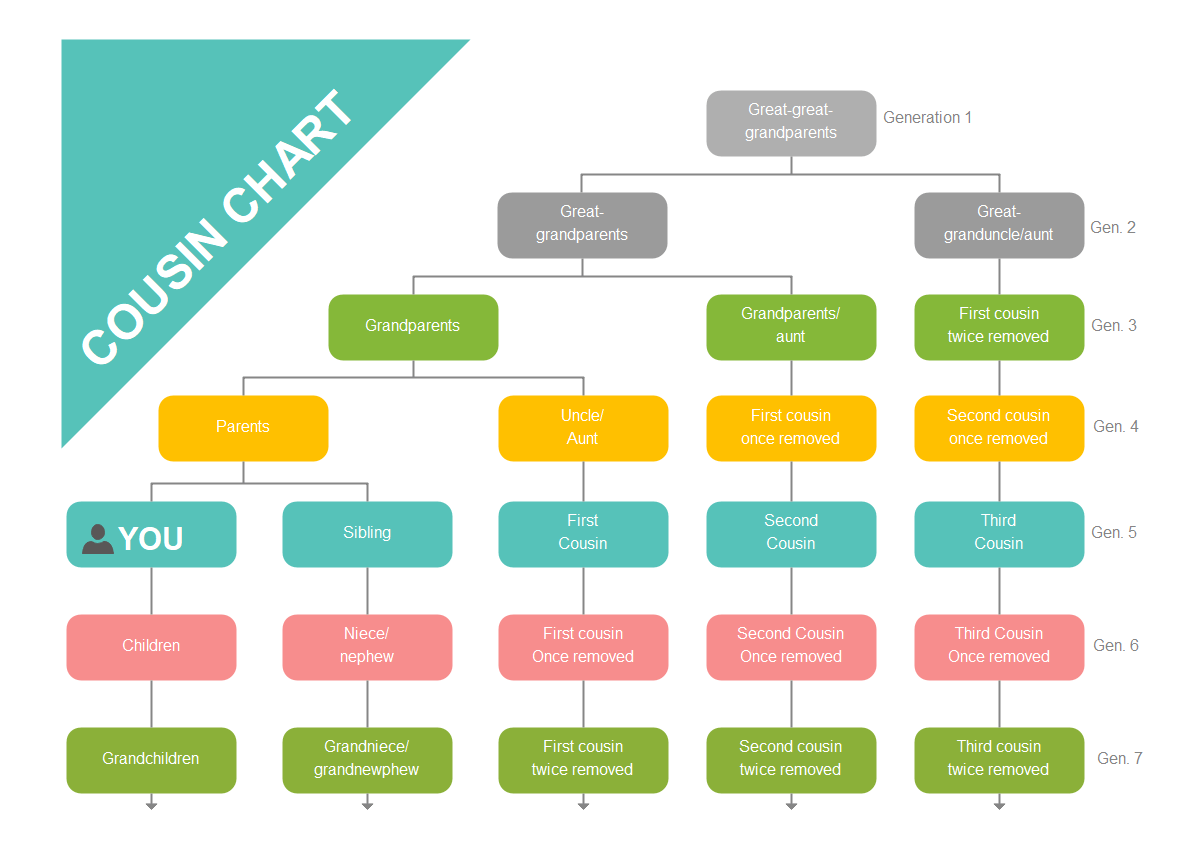 3. What about a Cousin “Once Removed”? 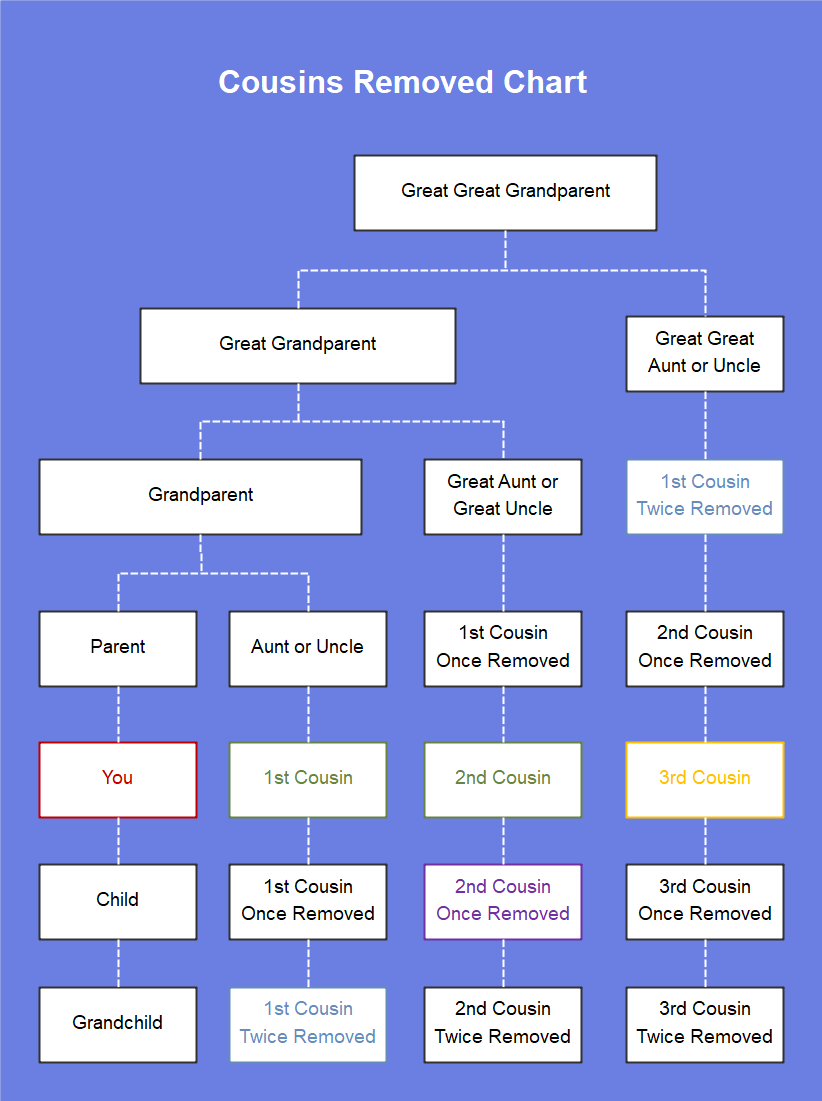 4. How to Organize Your Cousins with Cousin Chart?

This section will tell you how to map the cousinhood efficiently. You need some knowledge about your family and a little brain work. Let's get started. Let's start building from an analogy. Suppose two cousins Abraham and Moses want to know the degree of cousinhood between them.

Identify the most recent grandparent

Both Moses and Abraham start by identifying their most recent common grandparent, supposing that grandparent is Joshua.

Identify the relation with that grandparent

Equalize all the cousins

Now, both Abraham and Moses will equalize the cousins in the order in which one is closest to the common ancestor. For example, balancing them relevant to Abraham's level will make them third cousins.

They identified those two "greats, " making Abraham and Moses' third cousins twice removed. Each "removal" denotes one generation of difference between the two.

Identifying the degree of cousinhood is challenging and vulnerable to multiple errors, so you have to choose a great solution to draw these types of diagrams. We recommend our users use an application called EdrawMax Online developed by Wondershare. The application makes it easy for the users to make diagrams with the efficient functionality of drag-and-drop. This functionality makes users draw their complex charts in minutes instead of hours.

EdrawMax is perfect because,

Now, you have a piece of deep knowledge about cousinhood and cousion charts. Your concept will become more apparent if you make the diagrams related to the idea. We recommend our readers use EdrawMax Online. The application has been in demand since the beginning of the remote working. The application has all the tools and features developed to help you make diagrams ideally. 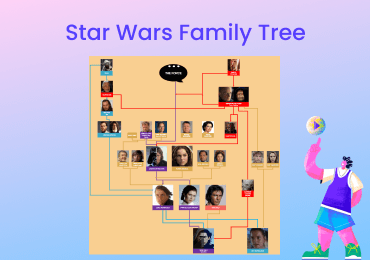 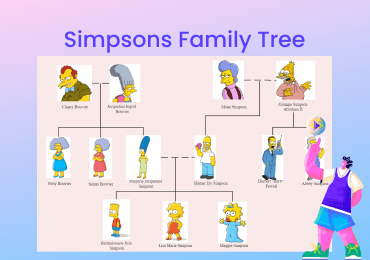 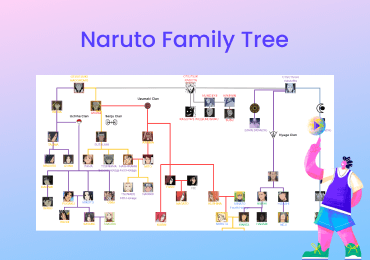 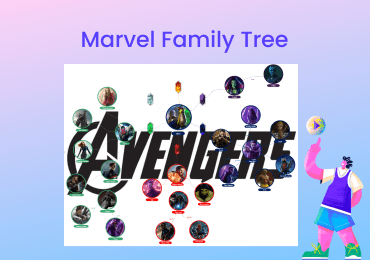 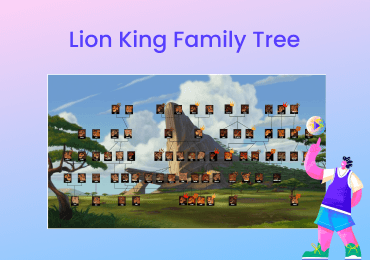 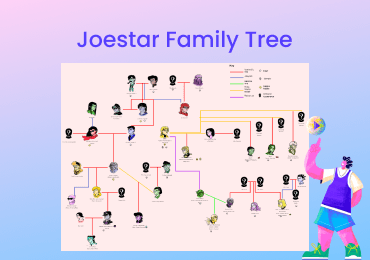