How a Bill Becomes a Law Flowchart

No matter how complex the process of how a bill becomes law may seem, EdrawMax can help you construct flowcharts making the process highly visually understandable.

If you want to learn the how a bill becomes a law flowchart directly, please click here.

A proposed or presented law in a legislature is known as a Bill. A bill is delivered within a congress so that it can gain deliberation or approval of the members given within the Chambers or Houses, after which it may be approved or opposed by the Head of the government or President.

Within the legislature, a reviewal of the Bill occurs by going through the primary purpose and merits. Delegating a separate committee helps examine the Bill thoroughly and make relevant amendments. The Bill's totality or entirety is then checked together in correspondence to the revisions. After repetition of the process at the other House, the President has the right to approve or veto the Bill. In case of a veto, both the houses (with a two-thirds majority) can counter the embargo.

When a system of rules is put into enactment or action using the law of enforcement systems, you have a Law. Ignoring the law may lead to punishment or rehabilitation from law enforcement groups such as prisons and courts that apprehend the law.

After the proposal through the legislators and is approved by the committees and the Head of government or executive officer, they become law. Laws are a critical aspect of the constitution and can help shape a nation.

Although it is common to use the words Bill and law interchangeably, it is incorrect. But what is the significant difference between a bill and a law? The definition of a bill revolves around being a proposed law or legislation. A bill's implementation may not occur until or unless the two houses and the Head of government approve it. The Bill will cease to exist if either member of the Committee of either of the House or the Head of government rejects the proposed law or Bill. Only if the Bill is approved by houses and the executive officer or President does it become a law implemented as a statute.

The significant differences between a bill and a law are as follows:

For a bill to become law, the legislation has to go through 9 critical stages or steps. The following stages explain how a bill becomes a law:

Any member of the House of Representatives or the Senate can come up with a bill for becoming law. The drafted Bill comes from Congress members, advocacy teams, and citizens. The Congress member who comes up with the Bill is known as the sponsor, whereas other members in support of the Bill are known as the co-sponsors.

Depending on the sponsor of the Bill, the Bill goes to the Senate or the House. If the Bill initiates from the Senate, a senator will be the sponsor, whereas when a bill comes from the House, the sponsor is a representative. Once a bill has been initiated, on the official website, all federal legislations are tracked.

Step 3: Referral of the Bill to the Committee

After the introduction of the Bill, the Bill goes to the Committee. Each Committee within the House and Senate is interested in various topics such as international affairs or health-related issues. Once a bill is presented to a committee, it is closely examined, and the c committee may hold meetings and hearings to better understand the Bill. The opinions of experts, officials, executives, and opponents of the legislator are heard through these hearings and meetings. If the Committee may not act on a bill, the Bill is to become dead.

Step 4: Review of the Bill by the Subcommittee

Step 5: The Committee meets to markup the Bill

After all the hearings and reviews within the subcommittee, the Bill is sent to the Committee to mark up. If the Committee decides or votes not to report the Bill to the entire Congress, the Bill will die. However, if it does vote in favor of the legislation, it reports to the floor.

When a bill reaches the floor, other debates and amendments can pitch in by the full chamber members. Either the Bill is defeated or passed by the members then.

Step 7: Bill referral to the other chamber

When the Senate or House introduces a bill, the Bill has to undergo the entire process in the other chamber that did not present the Bill. The other chamber can reject, approve, ignore or amend the Bill. A conference committee is supposed to resolve disagreements within the two sections regarding the proposed legislation. If they cannot reach a mutual agreement, the Bill will automatically die. If an agreement reaches, the Committee prepares a conference report with critical recommendations that both the Senate and House approve of.

Step 8: The Bill reaches the President

In case of the President vetoes the Bill, Congress can attempt to override the veto. If the House and Senate have a two-thirds majority in favor of the Bill, the Bill becomes law after overruling the President's veto.

4. Free Editable How a Bill Becomes a Law Flowchart

Here are some how a bill becomes a law flowcharts, you can better understand the process of a bill becoming a law through different flowcharts, and there is an empty template you can use to deepen your understanding of this process.

1, How a Bill Becomes a Law Steps

This has a horizontal flowchart display the progress of how a bill becomes a law flowcharts.

2, How a Bill Becomes a Law Flowchart

The bill-to-law process is depicted in detail in this flowchart, highlighting the numerous steps a potential bill must go through before being signed into law. Unlike many other charts, this one includes additional information about the process. 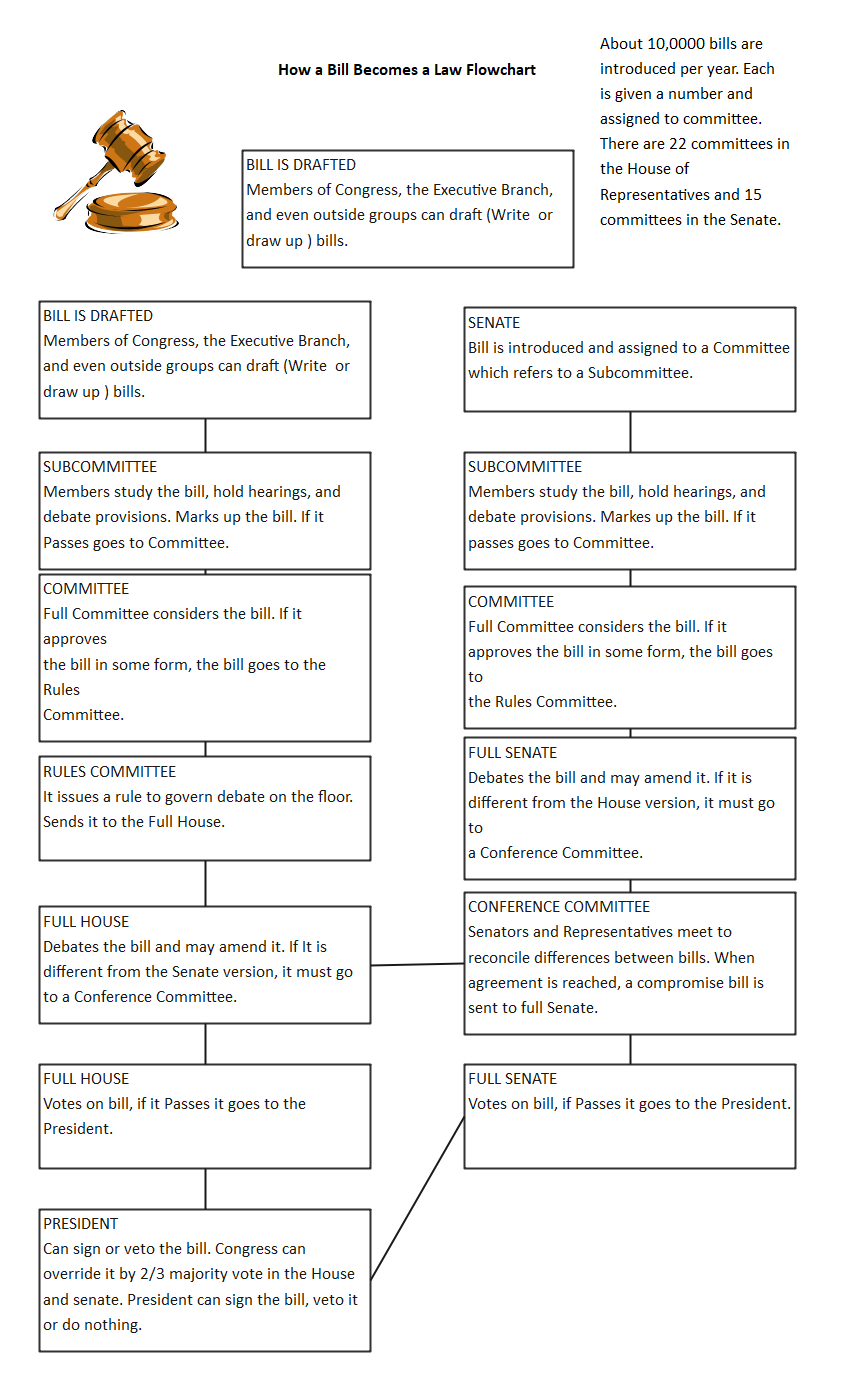 3, Blank How a Bill Becomes a Law Flowchart

This is a blank flowchart that depicts the process by which a bill becomes a law. When a bill is passed by both Houses of Congress and signed by the president, it becomes law. Because of the numerous steps involved, this can be a difficult process.

5. Online How a Bill Becomes a Law Flowchart Maker

Designing a How a Bill Becomes a Law flowchart is not difficult anymore. It is hassle-free with an online How a Bill Becomes a Law flowchart maker. You can use EdrawMax Online even as a beginner. It is a user-friendly tool that helps you create flowcharts aligned with your business needs. It also has free templates and symbols for decision flowchart makers that the designers can modify and use per their requirements. A resource center is also available for the user to connect in case of any problem working on the tool. Use EdrawMax online to create your floor plans without effort. Grab a template today or choose one from Templates Community and customization as per your taste. 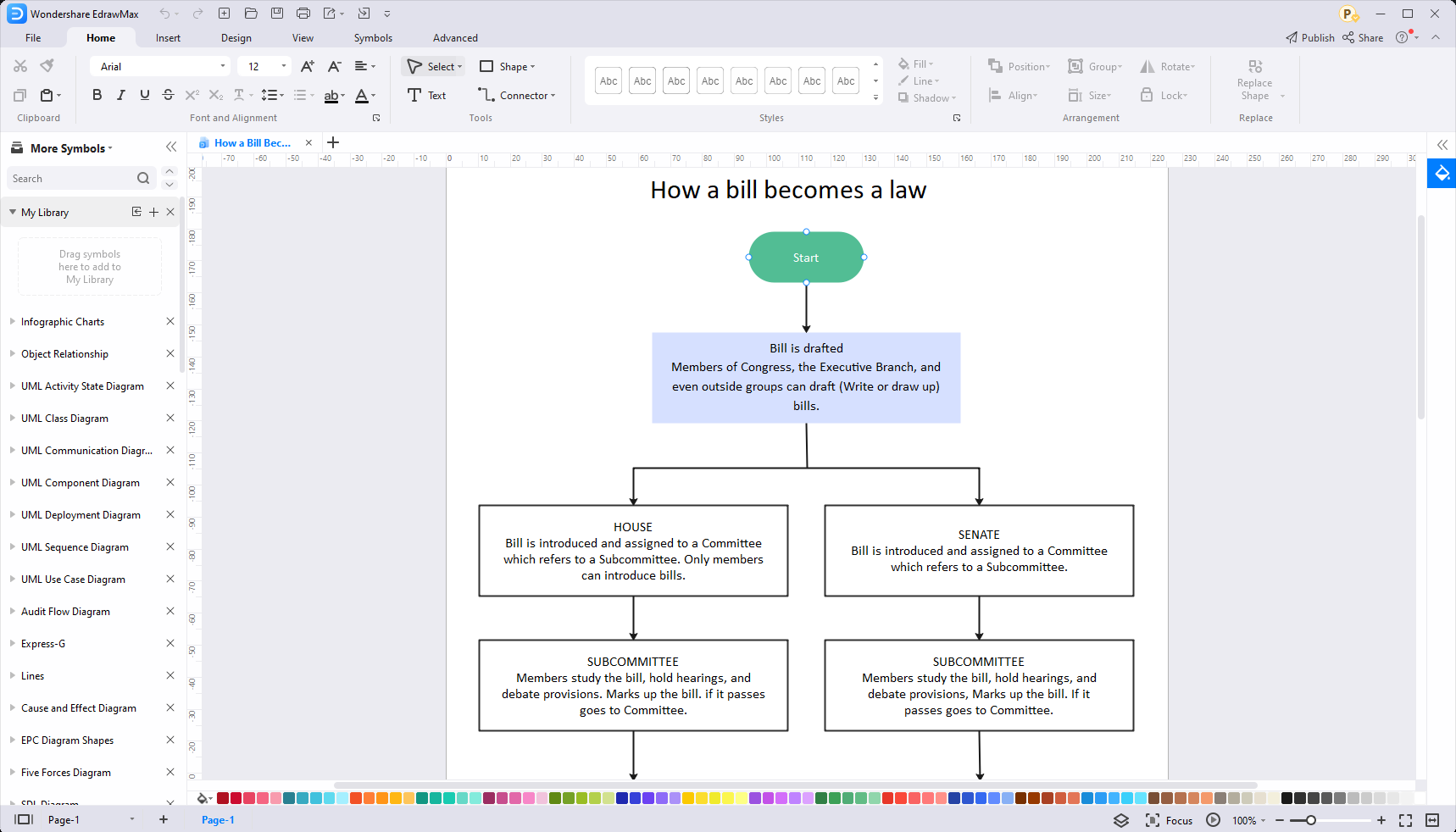 If you want to get more types flowcharts, you can get from Flowchart Examples. 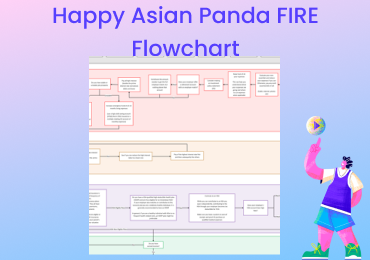 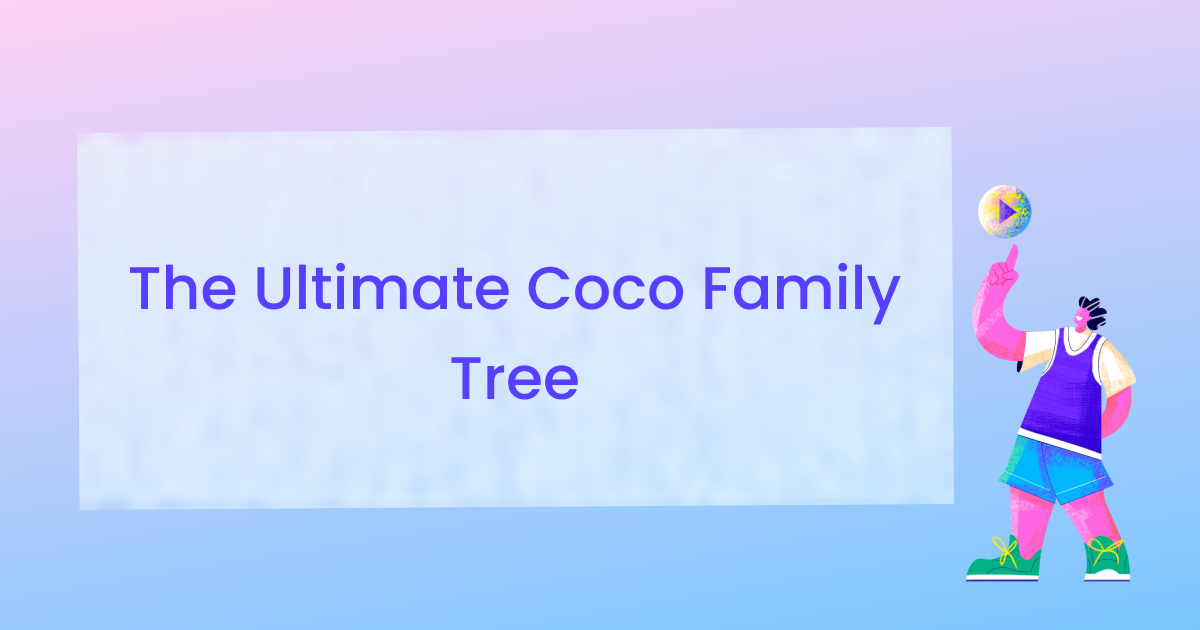 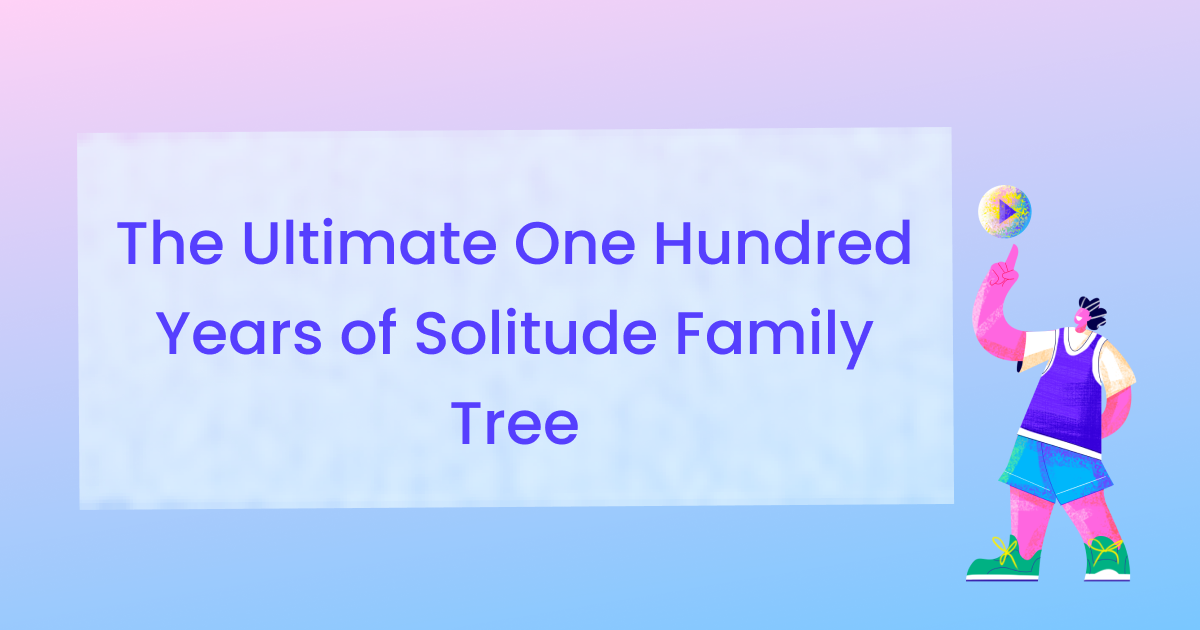 The Ultimate One Hundred Years of Solitude Family Tree 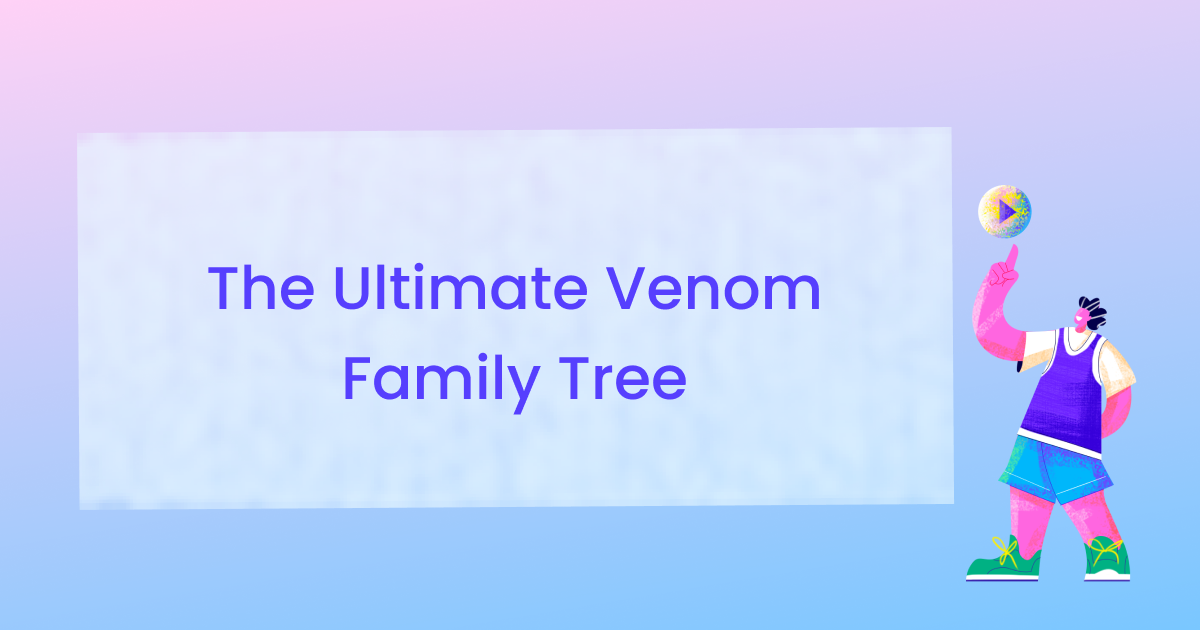 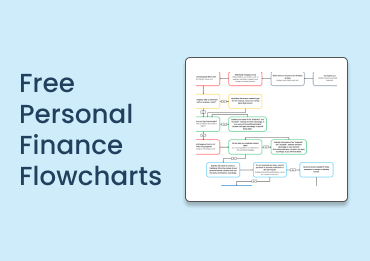 What is Personal Finance Flowchart