A Guide to Understand Chicken Egg with Diagram

The ever-enchanting topic about the chicken egg is not only interesting to discuss but, at the same time, holds immense importance in terms of the nutritional value as well. It always adds an essential value to a person’s daily diet. People utilize the egg to prepare various other exciting items such as cakes and cookies. Therefore, it is vital to understand the chicken egg anatomy in detail. This understanding experience will enhance with the help of a diagrammatic overview of the whole structure of the anatomy of the chicken egg.

Chicken egg is a versatile food item with a package of proteins, vitamins, and several other necessary nutrients. However, in daily life, the egg is there in almost every meal taken. People have eggs either in fried form or boiled, as and when required. This unique feature of the egg is mainly because of its basic structure inside.

While starting to talk about Chicken egg anatomy, it is significant to note its main components. It includes the yolk, the white, the membrane, the shell, and the bloom. However, it will be fun to know about what more lies inside this extraordinary food item. 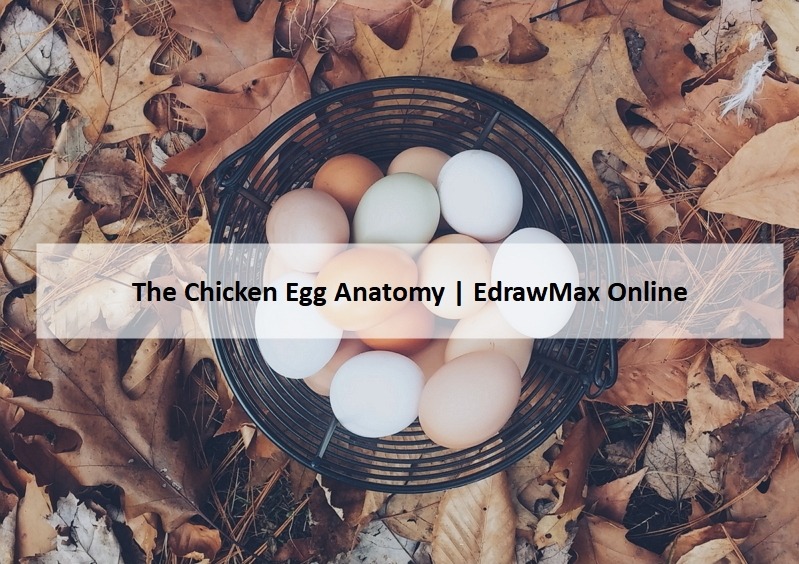 2. The Structure of Chicken Egg

It is now time to do a deep dive into the detailed components of a chicken egg. To start with the knowledge of chicken egg anatomy, here go its elements:

The first sign of acquaintance of an egg is its enticing white shell. Now, the shell comprises an outer shell membrane as well as an inner shell membrane. The outer part is made up of Calcium Carbonate primarily along with some amount of Calcium Phosphate, Magnesium Carbonate, and Protein, also punctuated with almost over 17000 pores in between that can hardly be seen with human eyes.

Now, this is a semi-permeable membrane, which ideally means that it allows air passage and moisture through the pores. There is an outermost thin coating as well called the bloom or cuticle. It is beneficial in keeping all types of bacteria at bay.

The air sac then grows with the gradual aging of the eggs. So, it is easier to peel off boiled eggs that are older as the separation of the egg contents from the membrane happens without any difficulty due to the larger air sac. It is necessary before hatching, in case a life grows inside, thus, helping the embryo to breathe inside.

The yolk of an egg is perhaps, the most favorite part while talking about chicken egg anatomy. Moreover, it is also the tastiest part to have while munching an egg pouch or boiled egg.

But this is the part where 80% of the total calories reside (approximately 75 calories for a medium egg) along with cholesterol, fat, vitamins, and minerals such as Vitamins A and B, choline, folate, and calcium. The yolk color is because of the carotenoid called Xanthophyll.

What is the reason behind an egg yolk always sticking in the center of the egg even after hatching? Well, it is primarily because of the component called the Chalazae. It is responsible for doing this anchoring job with its twisted and ropy strands.

The egg yolk consists of a tiny circular spot on its surface. It is known as the Germinal Disc or the Blastoderm. However, it is often referred, as the Bull’s Eye. It is the place of entry of the sperm into the egg and also the nucleus. From here, embryo development starts. The blood vessels start initiating from here. They gradually enter inside the yolk and provide nutrition to the developing embryo.

The next very vital part of chicken egg anatomy is the Vitelline Membrane. It is the protective coating encasing the egg yolk. Thus, preventing it from, “mottling.” Or developing any blotches or dark patches.

Then there are the blood spots, which usually are found in less than 1% of chicken eggs and are not considered an aesthetic while cooking, although this is edible. These spots appear due to blood vessels getting ruptured due to harsh handling of eggs or improper egg-laying process.

3. How to Draw the Egg Diagram

The conventional way to draw a chicken egg diagram is by hand. Even though it involves many steps, for the sake of understanding, people can shorten it into fewer steps, and those are:

3.1 How to Create Egg Diagram from Sketch

Step 1: creating the outer oval-shaped shell and then drawing some concentric oval shapes, and thus, forming the cuticle. 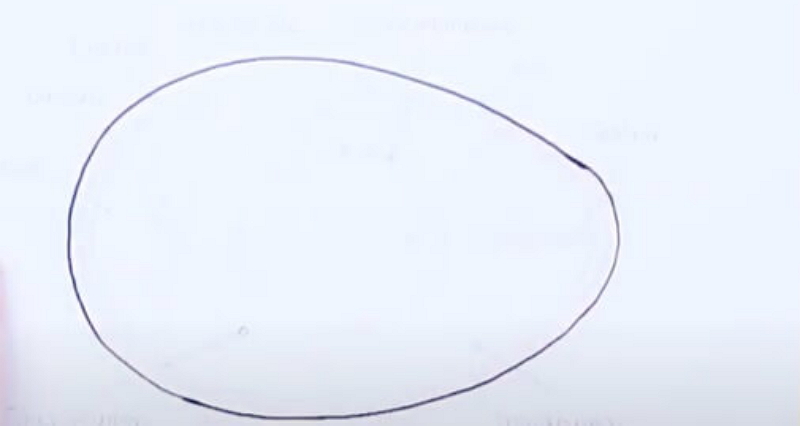 Step 2: the students should draw the tiny egg yolk, which looks like a circle, and the air cell resembling a semi-circle. 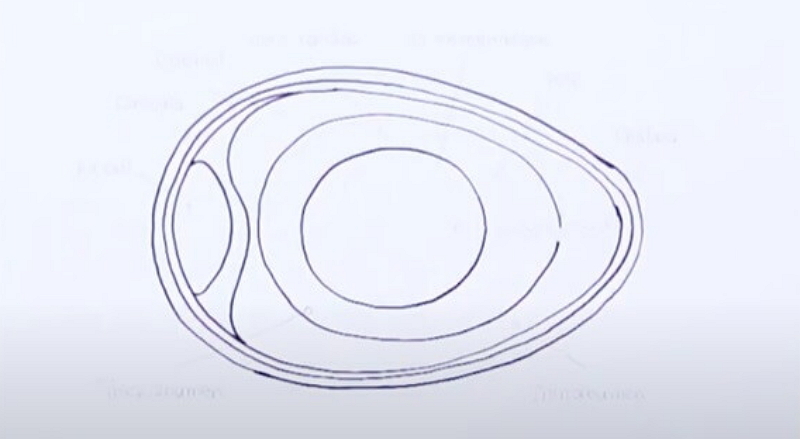 Step 3: draw the German Disc, which remains attached to the yolk like a spherical moon and the ropy, twisted Chalazae. Now, label each part for better understanding. 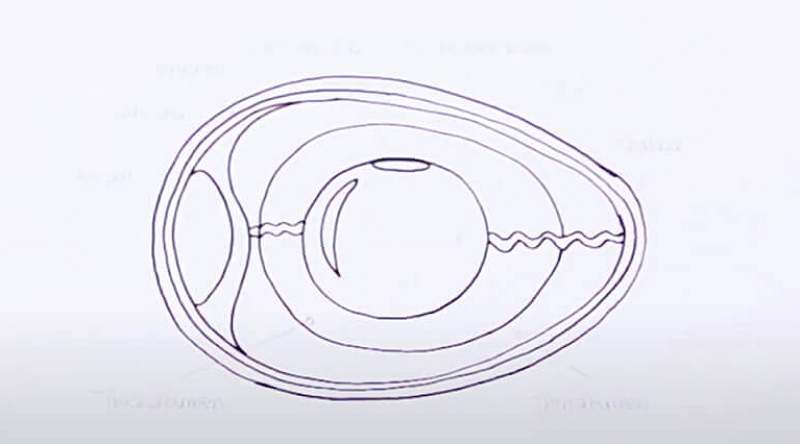 Traditionally, this process forms the foundation of the chicken egg anatomy.

3.2 How to Create Egg Diagram Online

However, one of the most advanced and exciting ways to do a diagrammatic representation of the chicken egg is with EdrawMax Online. The user needs to follow the steps below to chalk out a beautiful chicken egg diagram:

Step 1: the user first has to open the EdrawMax Online site and then open New. 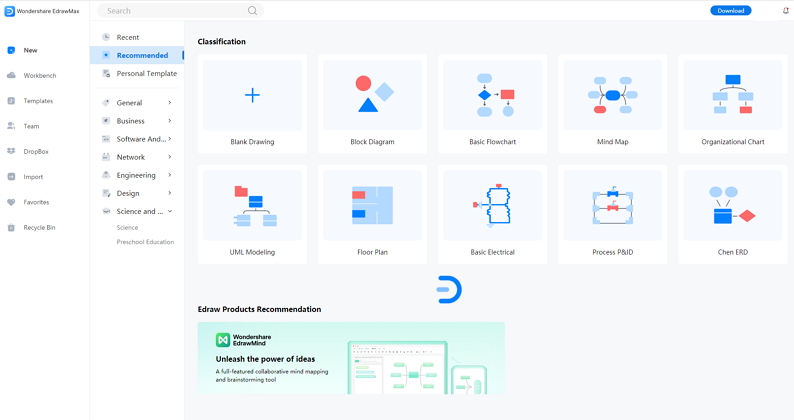 Step 2: the user needs to selectScience and Education. There will be various topics. The user has to select Biology. 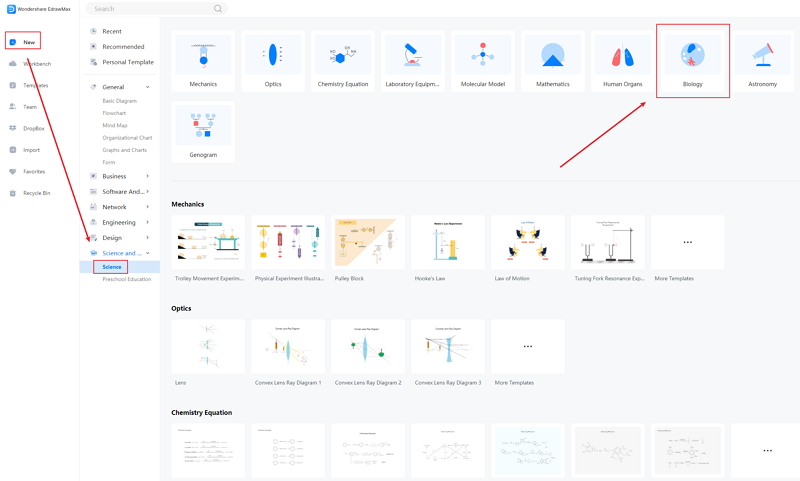 Step 3: a blank page will open up with different customizable designs. The user has to drag and drop, insert texts and make a meaningful diagram with the help of connectors along with the texts pointing to the components of the chicken egg.

Step 4: after completing the diagram, the user has to Save and Export the file with the stepwise images in the relevant formats. The file is now ready to share and use amongst the project and other team members. 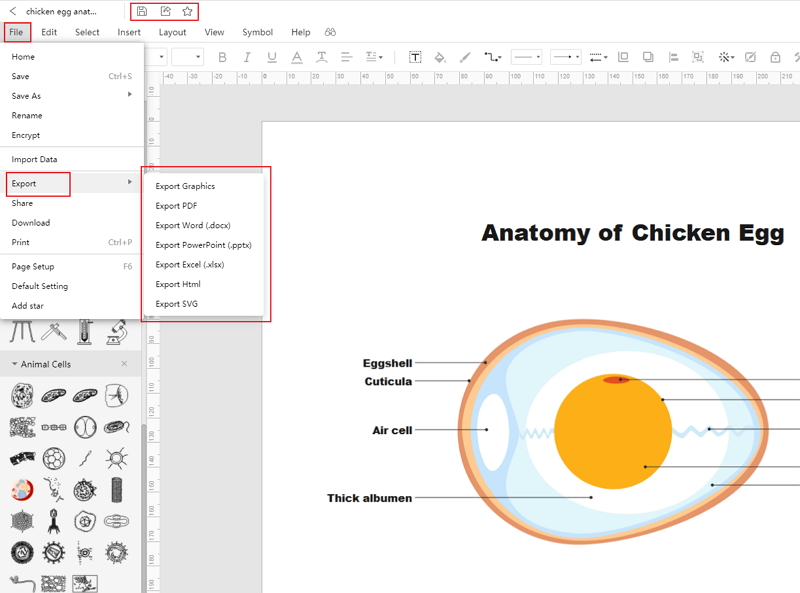 4. The Physical Composition of Chicken Egg

The chicken eggs that usually arrive in most households from the shops are candled or processed, which means eliminating the fertility factor from the egg. So, one can only witness the growth and development of fresh eggs in their poultry farms. Eggs encompass all the fundamental nutrients required to sustain life apart from Vitamin C.

The physical parts of the oval-shaped eggs, which are visible to the human eyes, include the white eggshell, albumen, and yolk. The portions that stay inside, each forming an integral part of the egg, are the bloom or cuticle, air cell or sac, chalazae, nucleus, germinal disc, and vitelline membrane. The egg formation and movement take almost 26 hours before the chicken laying the egg.

The debate over whether chicken or egg comes first will hardly ever get over, but the wellness of chicken egg continues to stay even today and will also do in the future. The egg production process is a Herculean task in itself. It involves keeping in mind many parameters to ensure the consistent production of nutrient-rich eggs. Therefore, it is always wise to have a deep understanding of the chicken egg anatomy extensively. The study helps to implement intelligent way-outs for enhancing the quantity as well as the quality of education.