1. What is Concept Map

Invented by Joseph Novak during the late 70s to formulate a better conceptual understanding, a concept map is a graphical tool or diagram that establishes a relation between ideas and concepts. There are various nodes or circles and boxes in concept maps. The creators of concept maps arrange them hierarchically. People use arrows and lines and join them with phrases and linking words. The pro of using concept maps is they explain the linkage between concepts.

One can easily create a concept map using images, ideas, words, and a circuit diagram. Students can develop their skills for logical thinking and build relevant linkages. A person can construct Concept maps to facilitate sense-making and make the learning meaningful. There are some unique concepts and personalized concept maps that help in communicating complex ideas.

There are several parts to a concept map. They are:

Concept maps are nothing but optimal learning tools with tables, flowcharts, charts, graphics, Venn diagrams, and T-charts for connecting ideas in a tangible space to strengthen a person's tropical knowledge and provide room for development. Through concept map examples, you can understand ideas further, and organize ideas orderly.

Nursing concept map example helps to evaluate consensus and analyzing priorities to create an improved action plan. Nursing concept maps illustrate a patient’s condition and can be accessed in nursing education. It also shows the relations between concepts and connects them accordingly. Not only, these sort of concept maps establish a connection, but they also look into principles and references.

In this concept example of an 'energy concept map,' the creator has used a diagram to showcase various energy forms. More so, he has also described the process of their generation and dynamic use. Using these kinds of examples of concepts, one can know information on energy and its various forms. 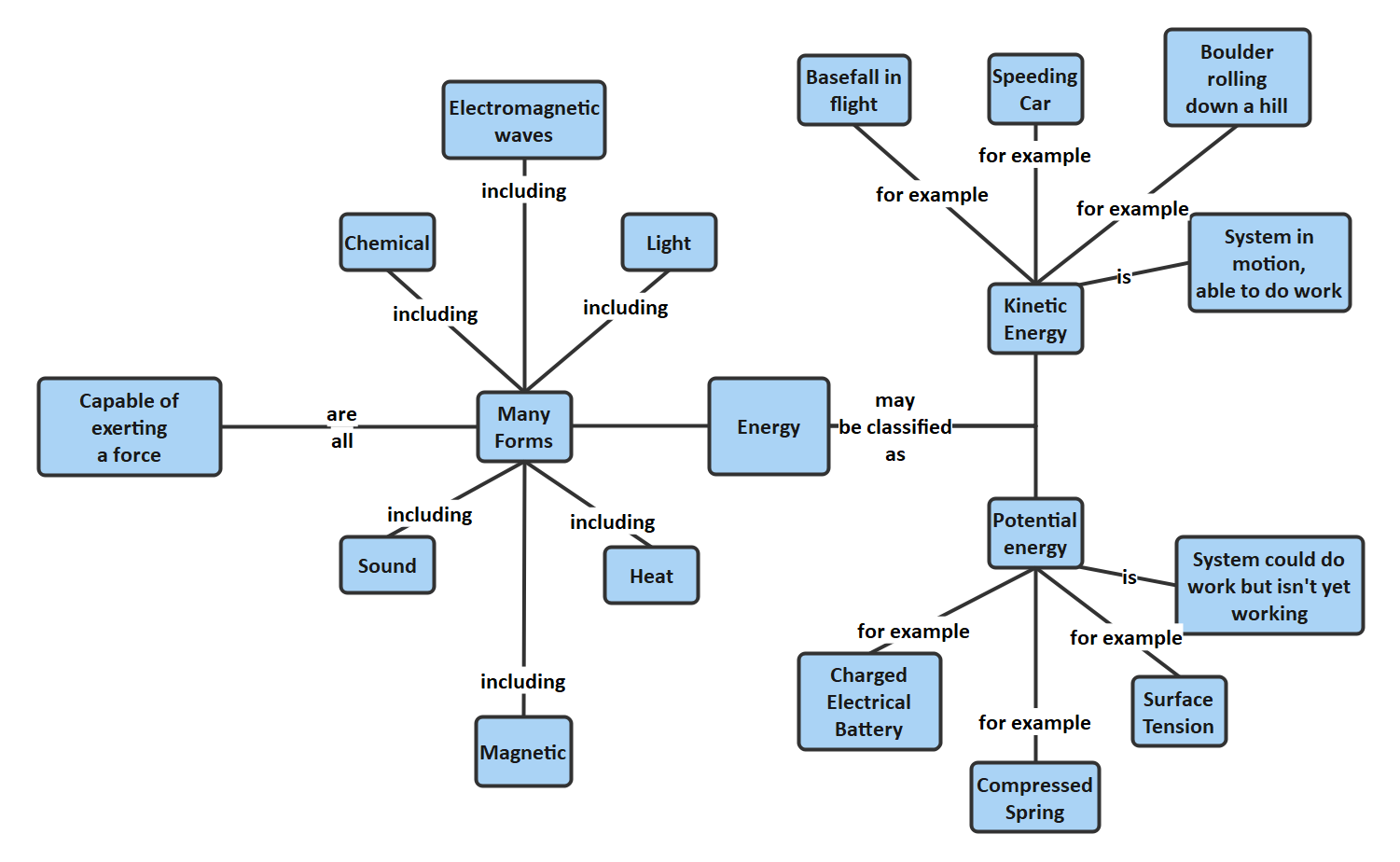 The third concept example depicted here is to benefit students, preferably. This map is a basic diagram that is essential in the field of academia. A pictorial representation like this helps people to have brainstorming ideas and develop creativity. 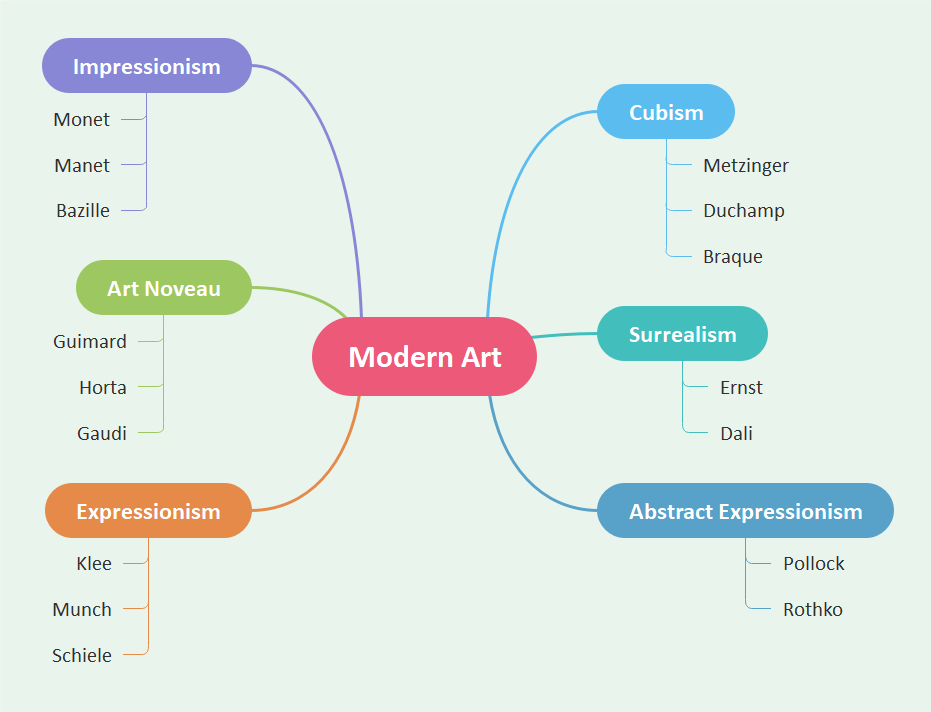 The fourth concept examples gather various states of matter and descriptively classify them. Teachers use these sorts of examples for a Chemistry class for teaching students. It helps to learn the lessons on Organic and Inorganic Chemistry. 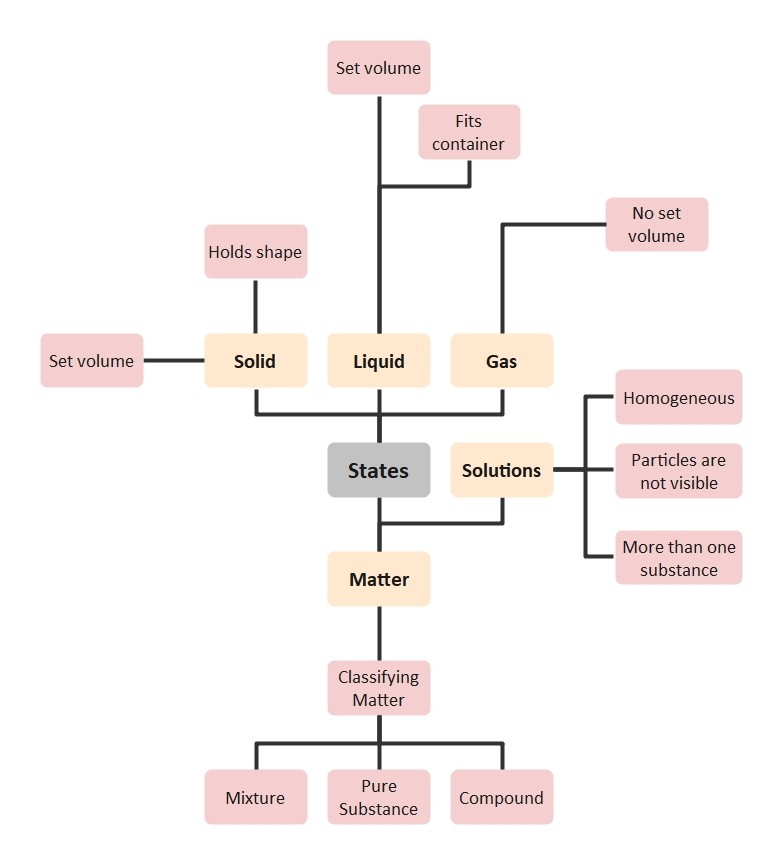 Here is a graphical representation to describe the respiratory system by a concept example. This map shows the functions of respiratory organs in the human body. The concept map template clearly shows the way oxygen diffuses and lungs work to bind hemoglobin in human blood. 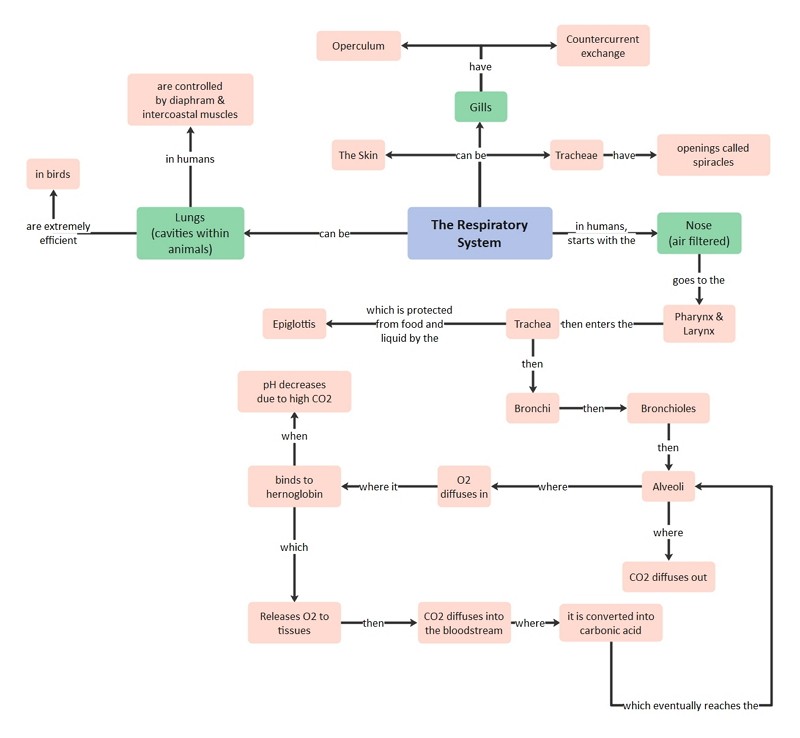 The given concept examples depict various states of water. A learner can learn about the water properties like heat capacity and polarity and focus on the solid, liquid, and gaseous states. The graphical representation of the water resources unit, hydrogen bond, and solvent are also there. 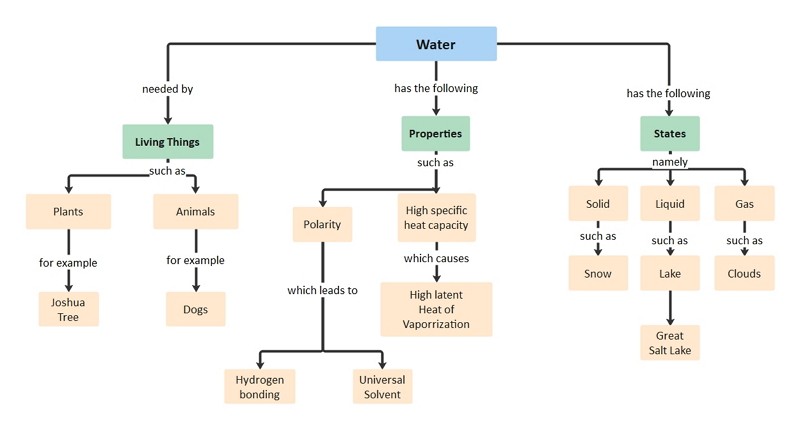 This concept example is for macromolecules. It depicts various biological macromolecules like lipid, protein, lipid profile, carbohydrates, and nucleic acids. These kinds of examples of concepts also show the properties of a macromolecule. It generates ways and their function in a lucid manner. 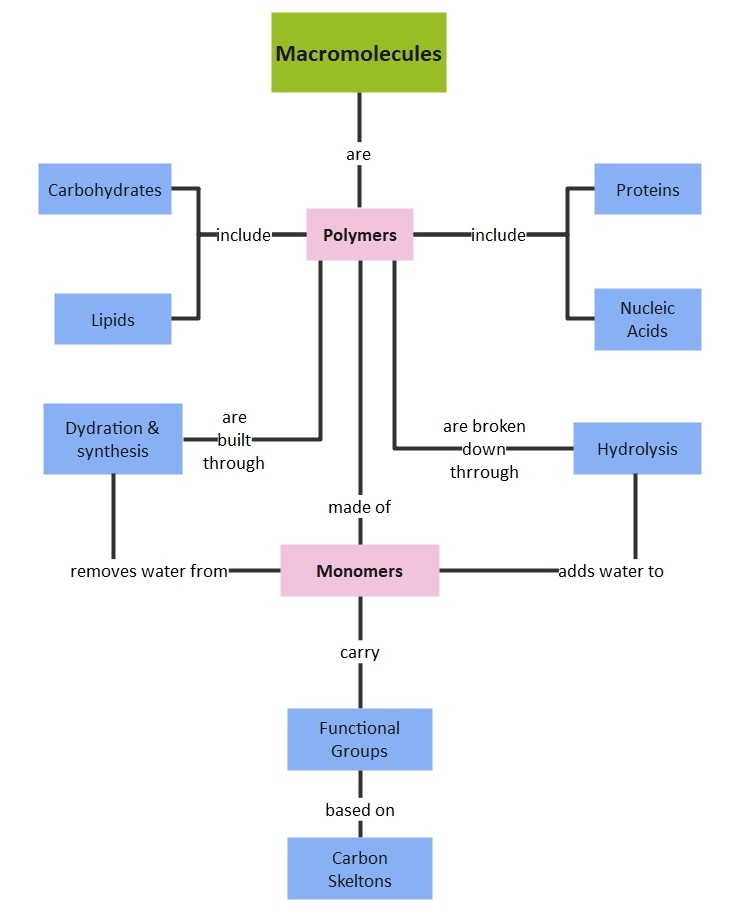 The given concept example helps in representing elementary, advanced, and higher mathematics. One can use it for better understanding the fields of algebra, geometry, trigonometry, and applied mathematics. To learn various subsets of advanced mathematics in higher studies, a student must follow this example. 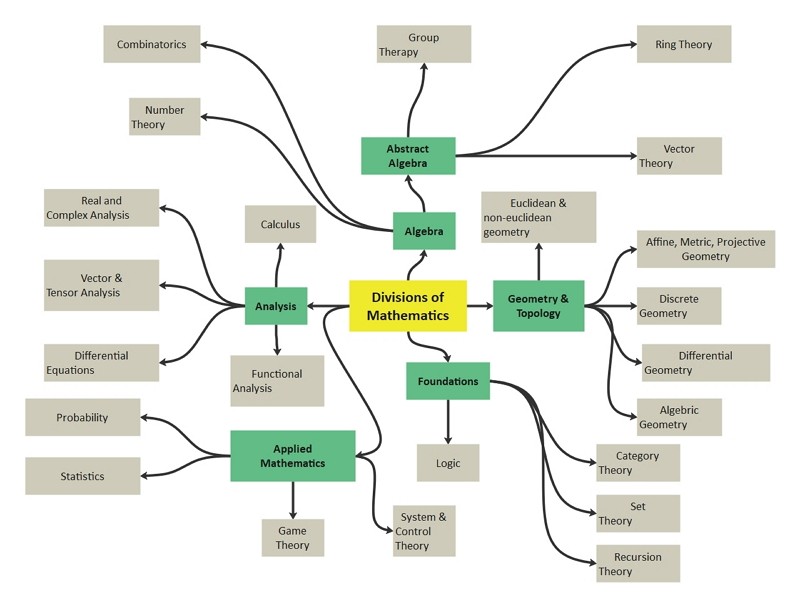 Next comes the concept examples maps for vocabulary maps. The concept map like this helps a student to enrich their vocabulary. Diagrams and visual representation illustrate some words with their definition and usages. One can use this vocab map template to learn many words at a time. The process helps students to memorize things and apply their knowledge during examinations.

EdrawMax Online not just an online concept map designer. Use EdrawMax online to create your concept maps without efforts, just grab a template or choose one concept map template from EdrawMax Template Gallery and keep customization as your preference.

People like engineers, academicians, instructional designers, and technical writers can use Concept maps for developing a focus question and redesign it with a concept. Concepts are nothing but propositions that build the foundation of new knowledge. Therefore, concept examples convey the necessary proposal for a particular topic in a domain. If you still confused about how to make concept map in EdrawMax Online, here is a concept map guideto help you create plans in minutes.