1. What Is a Package Diagram in UML?

In UML(Unified Modeling Language), a package diagram is a pattern for grouping elements and defining their interdependencies (packages). The main goal of package diagrams is to simplify the complex class diagrams that can be used to group classes into packages. These groups help define the hierarchy. It is worth noting that the UML elements in the package are based on logical relationships.

A package diagram is used to arrange the components/elements of a high-level system, so packages can be used for large system organizations that contain diagrams, documents, and other project goals. The idea is to create a systematic representation of a set of instructions or procedures. Therefore, you may use the package diagram to: 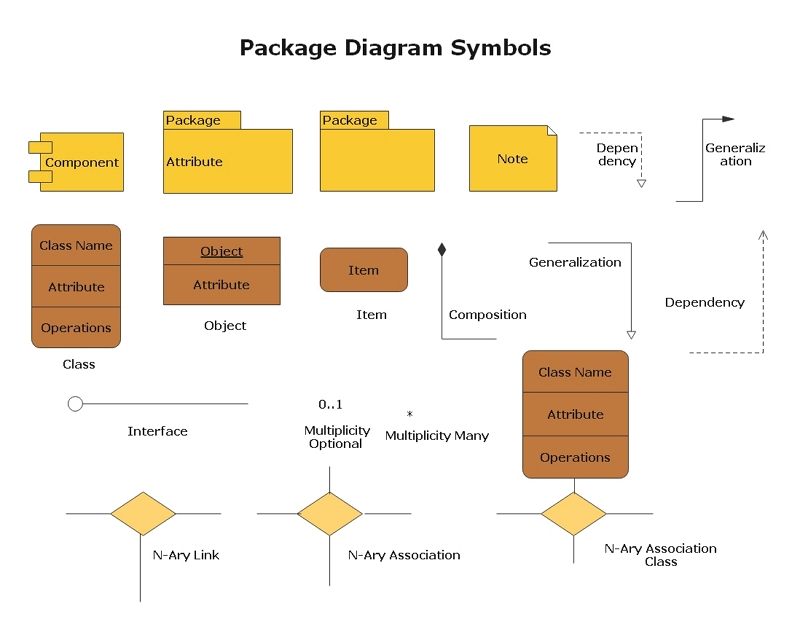 The package diagram follows the hierarchy of nested packages. Thus, the package name should not be the same in the system, but classes in different packages may or may not have the same name. For each UML, a package can contain any element, that is, classes, interfaces, modules, nodes, use cases, diagrams, and other packages grouped into it. Any elements displayed in a package are defined and elaborated in the same package. And show the relationship between them. When we destroy the package, it also destroys all existing components in it.

The package diagram shows the interdependencies of the package and the process for each package. This diagram represents a package diagram with six different packages, representing the complex subsystem used to meet the requirements. 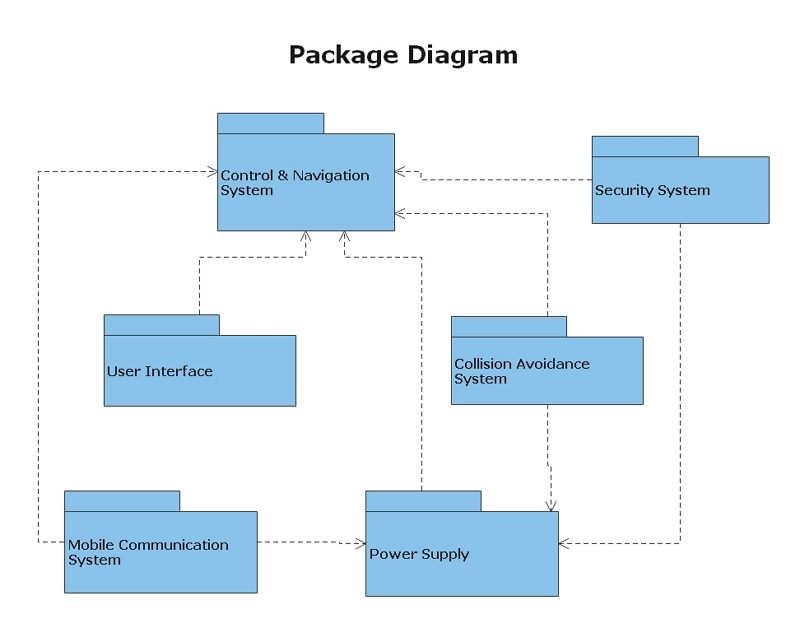 In this diagram, the "purchase order" process is simplified by a package diagram. The use of UML packages helps to bring this model to a more comprehensible level. 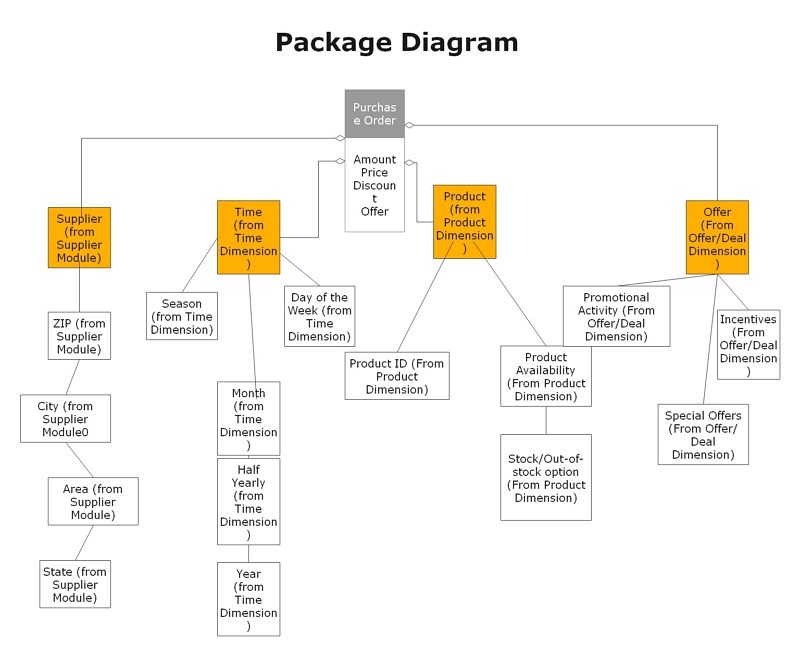 In UML package diagrams, packages are created to separate model elements and components into consistent units or systems. These diagrams simplify systems like access control, model navigation, configuration management, and other semantic considerations.

Package diagrams can illustrate both structure and dependencies between subsystems or modules. By showing different views of a system, for example, as a multi-layered (aka multi-tiered) application - multi-layered application model. The key element of a package diagram is that it is logical and every element, group, class present in the diagram connects in a sequence, logically.