If you are a space lover, and you also like to listen, read, or view science fiction, this article will be fascinating because we will discuss all Star Wars and the Star Wars family tree. You will have all knowledge about Star Wars, its brief story, and an excellent tool that you can utilize to make a perfect-looking star wars family tree.

The movie or the story starts from the civil war being fought in a far, far galaxy. The rebels and the rebellion army leader fight against a powerful tyrant, Darth Vader, and his army. With her struggle, Princess Leia, leader of the rebels, steals the imperial blueprints, secret of the deadly weapon. Moreover, she also manages to steal a space station called a Death Star. After some time, the imperial forces captured the rebellion princess. Still, the princess was smart enough to seal the secret in the memory of the R2-D2 droid, who escaped with another droid to the planet of Tatooine.

Later, those droids were sold to farmers by the Jawa traders. Luke Skywalker, whose duty was to clean up the droids and make them work on the farm. The message of Princess Leia. Luke and the droid give a letter to the former Jedi knight, who used to maintain peace in the galaxy. The Jedi knight had a power called Force. The journey begins with finding Princess Leia and giving justice to her and her people. 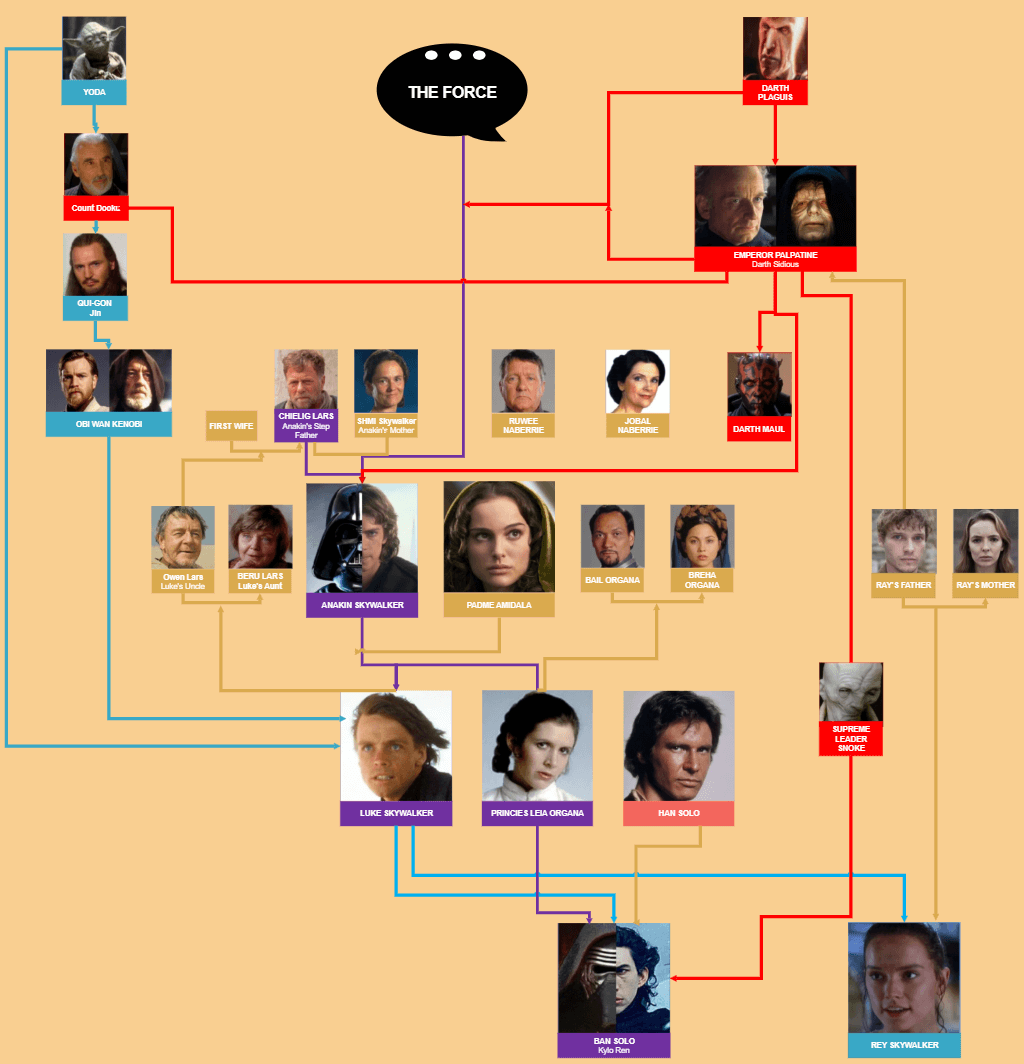 All the Star Wars films and series are so popular because it's a giant collection of a universe and its vast objects, along with so many different characters and groups who have different powers and dare to fight the opposition. It includes so many niches as well. It's a love story, an adventure movie, an action movie, science-fiction, and fantasy. Its themes are thought-provoking and touch on philosophy, religion, and myth. There is a little bit of everything in these movies.

After the first release in 1977, people fell in love with the movie; the toy-makers started making toys related to the star wars. Millions of comic books were published after the first release throughout the whole globe. The video games industry started developing video games on star wars; they include more unique challenges. These reasons made the film still so famous.

If you are a die heart fan of Star Wars, this section will give you so much fun because, in this section, we will discuss all the multiple family trees shown in star wars. The chart below is the entire family tree of the star wars, but for the ease of our readers, we have divided the section into two parts: the skywalker family tree and the Palpatine family tree chart.

The first member of the Skywalker family was Shmi Skywalker. The family was a force-sensitive human bloodline. The family took an active part in Old and New Jedi orders and the Ranks of Sith Lords. The family used to take an active role in astronomical and galactic affairs. As we can see, Anakin Skywalker was the son of Shmi Skywalker, and he was raised on the planet Tatooine. The will conceived Anakin of the Force. Anakin then married Padme Amidala, and they had twins called Luke and Leia. Anakin later fell into the dark side of the Force and transformed into Darth Vader. Luke was raised on planet Tatooine by his uncle and aunt, Owen and Beru Lars, while Leia was raised by Bail and Breha Organa on the planet Alderaan. 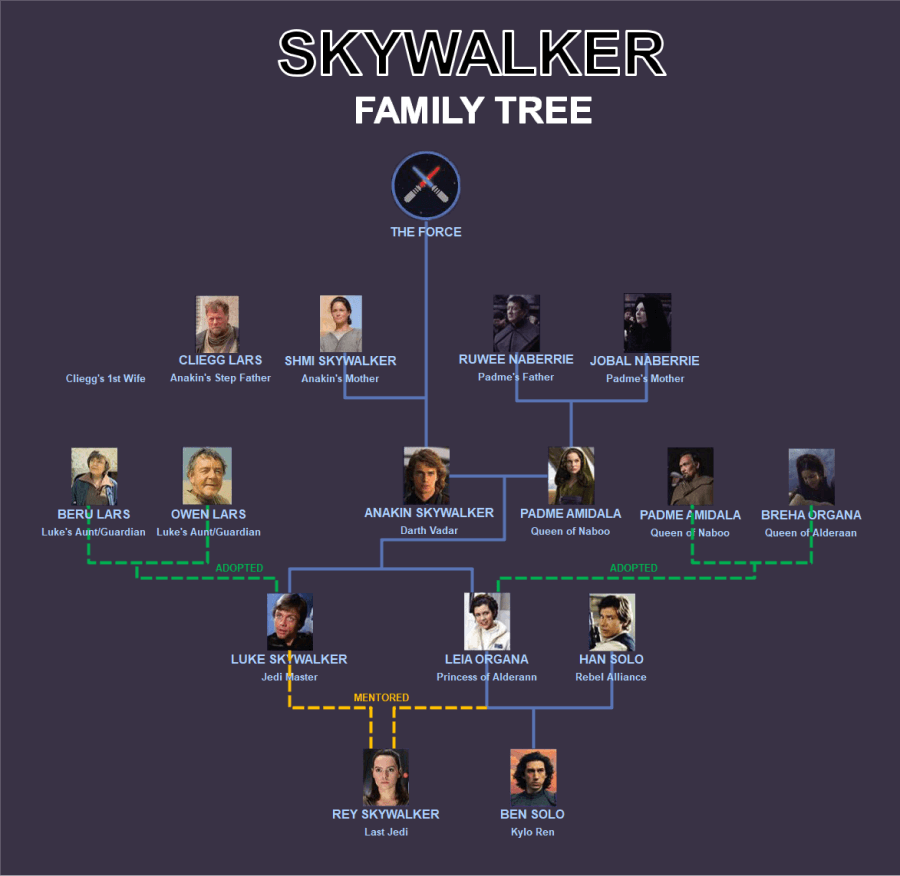 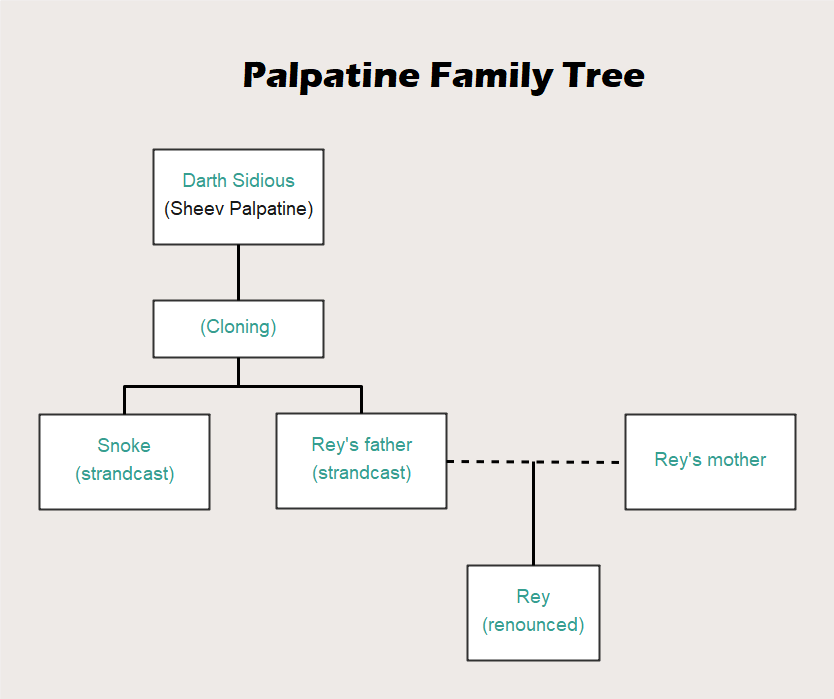 If you are searching for a tool that would help you make excellent family trees, we will always recommend our users to use EdrawMax Online, developed by a well-known software company called Wondershare. The application has a powerful user interface that makes it easy for the users to make any diagram within minutes. EdrawMax includes more than five thousand diagram symbols. You can drag and drop any symbol into the project. You can also use the templating feature of EdrawMax, which allows users to use the templates from the EdrawMax template community. With EdrawMax, you can also import your projects for editing them and exporting them in multiple file formats. Likewise, you can use the family tree templates pinned in the article and EdrawMax to edit them and export them in SVG, PNG, PDF, HTML, and other formats. 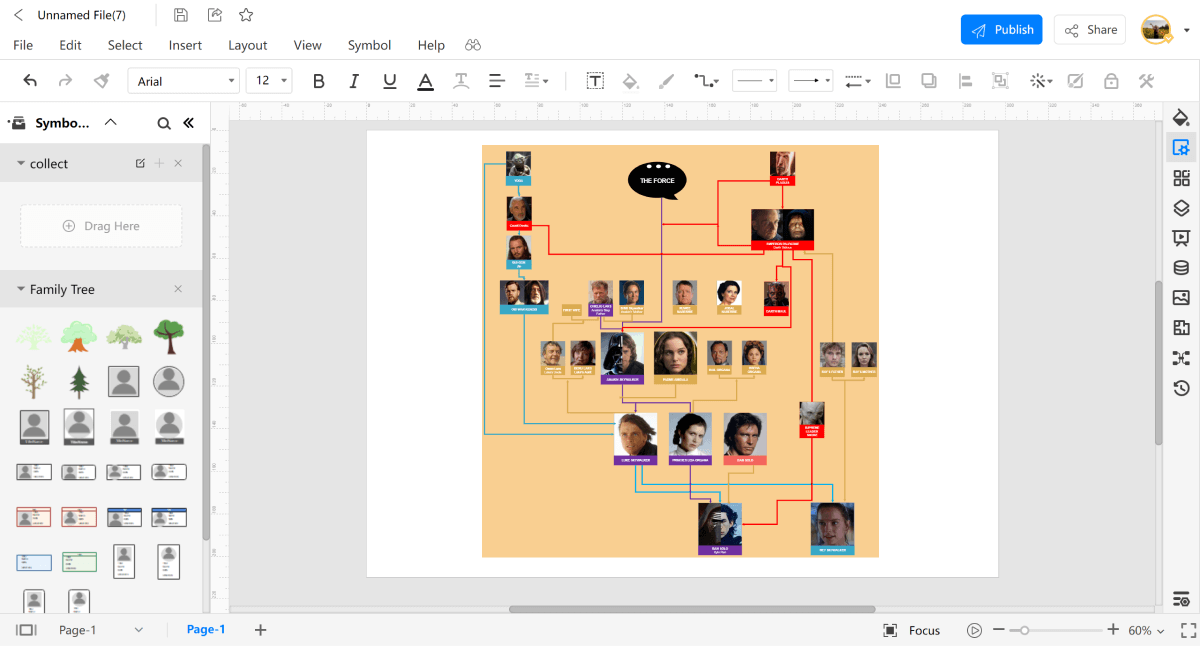 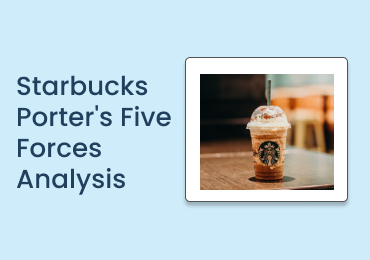 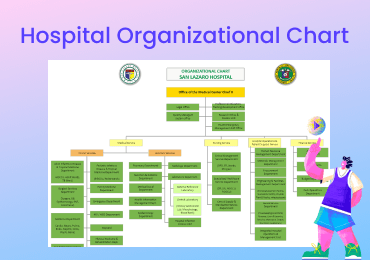 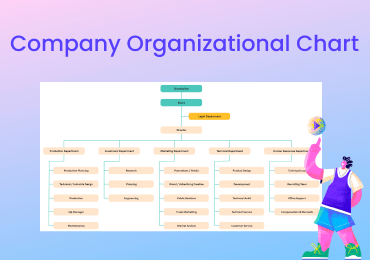 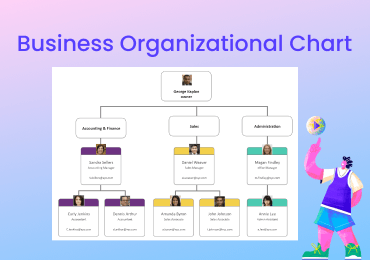