What Is Ladder Diagram

1. What Is a Ladder Diagram?

Ladder diagrams are advanced schematics widely used to record logic structures for industrial controls. These are called ladder diagrams because they mimic a ladder, with two vertical rails (supply power) and as many "rungs" (horizontal lines) as there are to represent control circuits.

The load device (lamp, relay coil, solenoid coil, etc.) is drawn almost always on the right-hand side of the rung in ladder diagrams. Although it doesn't matter electrically where the relay coil is within the rung, it does matter that the end of the power supply of the ladder is grounded, for stable operation.

3. Benefits of Using a Ladder Diagram

4. Why Is a Ladder Diagram Used for PLC Programming?

In order to bring industrial automation applications, it is used by engineers and electricians to execute mathematical, linear, measuring, pacing, and arithmetic functions. It is a common process from which to program a PLC. Ladder logic programming is still used now since the basic concepts of system and process control are still the same.

5. How To Read a Ladder Diagram? 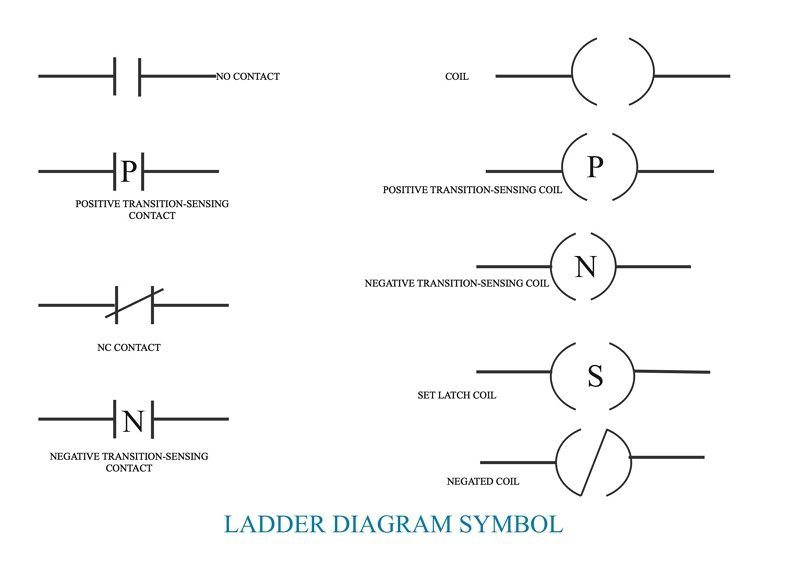 Microprocessors like those used in PLC's and personal computers function at a binary code level. You've read of the word 'neutral' presumably. This applies to the idea that in one of two States, things should be conceived about. Can describe the states as:

The ladder logic uses symbolic expressions and a graphical editor to write and read ladder diagrams which make it easier for us humans to understand. If we convert a real-life occurrence into ladder language we will symbolically articulate it in the form of a typically open communication (NO). This occurrence may be anything like clicking a button or triggering a limit shift.

6. How to Create a Ladder Diagram Online

The rails in a ladder diagram depict the supply wires of a regulating relay logic circuit. On the left line, there is a positive voltage supply track, and on the right side, a negative voltage track.

In a ladder diagram, the logic flow is from the left-hand rail to the right-hand rail. There are seven fundamental aspects of a ladder diagram which are important to learn when applying a ladder logic system in a PLC. They are names and statements concerning lines, rungs, inputs, outputs, logic expressions, address notation/tag names. Some of these are essential, and some are optional. 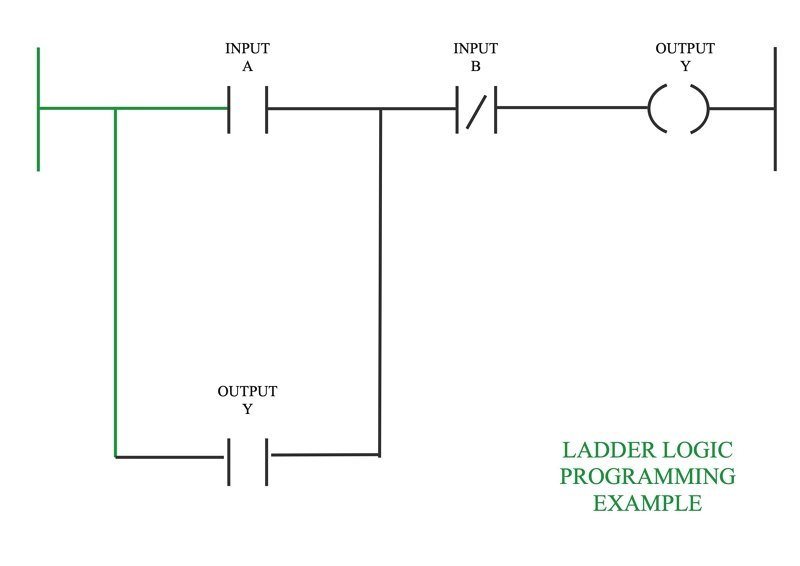 The above diagram depicts a ladder logic programming example, illustrating an input/output circuit.

The Ladder diagrams (sometimes called "ladder logic") are a type of electrical notation. This symbology is sometimes used to demonstrate the interconnection of electromechanical switches and relays. A digital depiction of the features of the programme.

EdrawMax is a conceptual diagramming program that helps construct the flowcharts, hierarchical charts, mind maps, network diagrams, floor plans, and ladder diagrams. All shapes and clipart are vector format design, which means your ladder diagram will never get blurred, irrespective of what size you change it to.