Back to school, back on track! - Up to 70% Off and Best Price Guarantee. Check >>
Free Editable Character Analysis Graphic Organizer Examples
Try Online
DOWNLOAD DOWNLOAD DOWNLOAD

The character analysis graphic organizer makes it easy to survey complex character personification. It helps the readers and writers to achieve their relative aims. So, the reader extracts full character details in the least effort and time. On top of that, it helps the writers organize a storyline with an engaging start, middle, and end. The organizer provides a fun way to choose words for their topics. Plus, the appealing visualization makes the reading enjoyable and engaging.

1. What is Character Analysis Graphic Organizer

A character analysis graphic organizer depicts major and minor characters in visualization. It helps the reader to learn how the character impacts the essay plot. Moreover, it summarizes the effect of other associative characters and concepts on the character.

The character can connect several opposing notions in a story. Therefore, it can become complex for the reader. So, a character graphic organizer jumps in to help via simpler visuals.

Most of the write-ups have a single character. Therefore, the whole story revolves around its entity. An organizer for a significant character summarizes physical appearance, thoughts, actions, and quotes separately. However, some organizers use a dual-view analytic assessment to compare more than one primary character in an essay.

A storyline does not explain a minor character much. It is not present in the entire article; instead, it influences a specific part of the write-up. Therefore, its organizer has minimum summarized details that are only present inside the storyline. Furthermore, some graphic organizers for character analysis add a bibliography. It directs readers to similar sources for extra information about the character.

The character graphic organizer visualizes and organizes the character attributes with the story plots. The jigsaw teaching strategy typically accompanies its use. However, students can use it individually to record information.

The organizer helps readers to capture the scattered character details inside the essay and connect them for better understanding. It helps the students to organize complex interconnected character information. Moreover, the reader can understand the connection between more than one character. The most critical component of a story is its character. The graphic organizer provides its ideal analysis and multiple trait description. Therefore, it increases overall reading comprehension. A graphic organizer for character analysis can induce the skill to look for textual evidence inside a write-up. Plus, It can act as a tool to make the content more engaging and assess the understanding capabilities of the reader.

This character analysis organizer helps the students recognize the character's personality, actions, and appearance. Additionally, it has direct textual evidence inside the organizer. It supplies authentic evidence from the write-up to readers. So, with its help, the students not only understand the character but also judge whether the plots are accurate or not. Long story short, the character graphic organizer summarizes complete information about who the characters are and what role they play.

Character analysis graphic organizer of the following type focuses on every major and minor detail of the character. This example summarizes the concepts and information associated with the character. For instance, its association inside the write-up and conversations have a separate box. It lists the influences of character on the respective notion. Plus, it provides text evidence of the character's impact on relative objects inside the story. Remember that these influences can be on a collective crowd or a single individual, such as a minor secondary character. 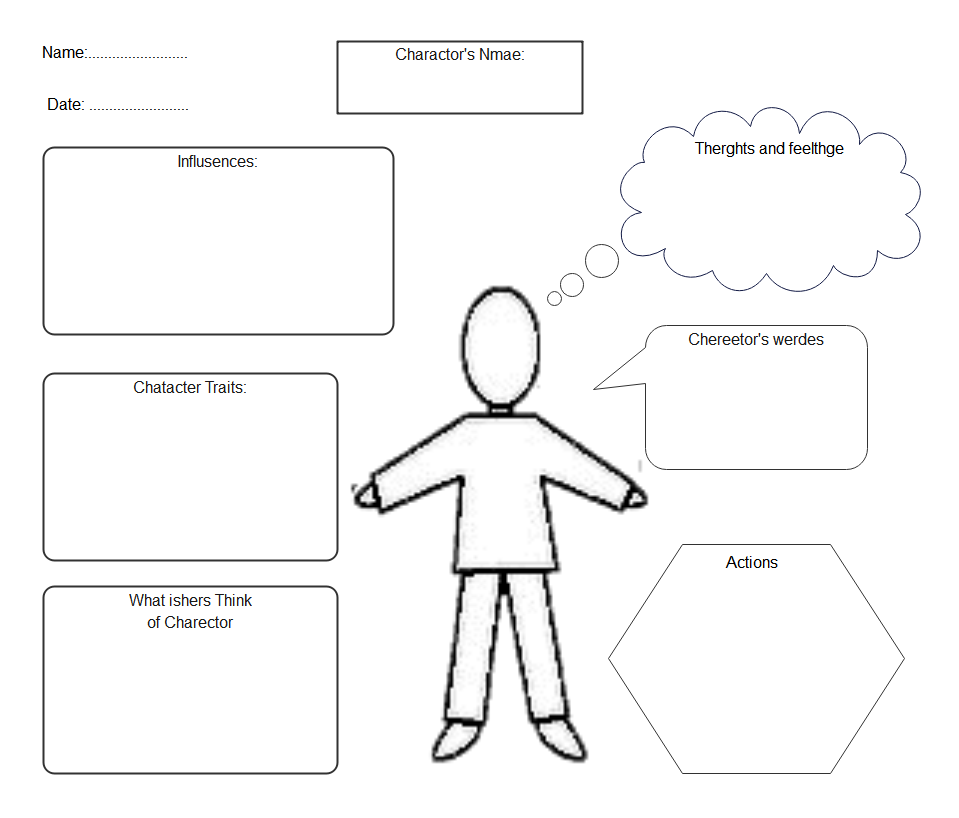 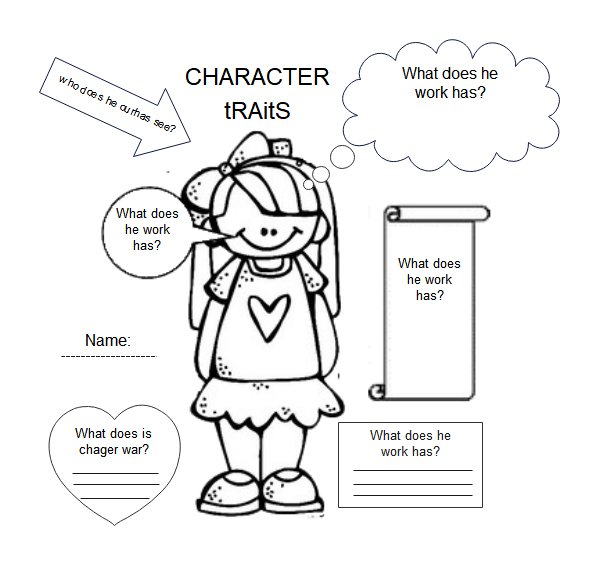 This example refers to three specific traits of a character and their relative evidence. It has many different-sized boxes. An individual box summarizes the character's personality, appearance, influences, and other details. Furthermore, it connects three separate sections with individual boxes for trait visualization. Usually, this example serves only for major characters as they have distinct traits. Most of the write-ups have no textual evidence of traits for minor characters. It helps the students to personalize their character and judge whether the associated traits justify their concepts or not. 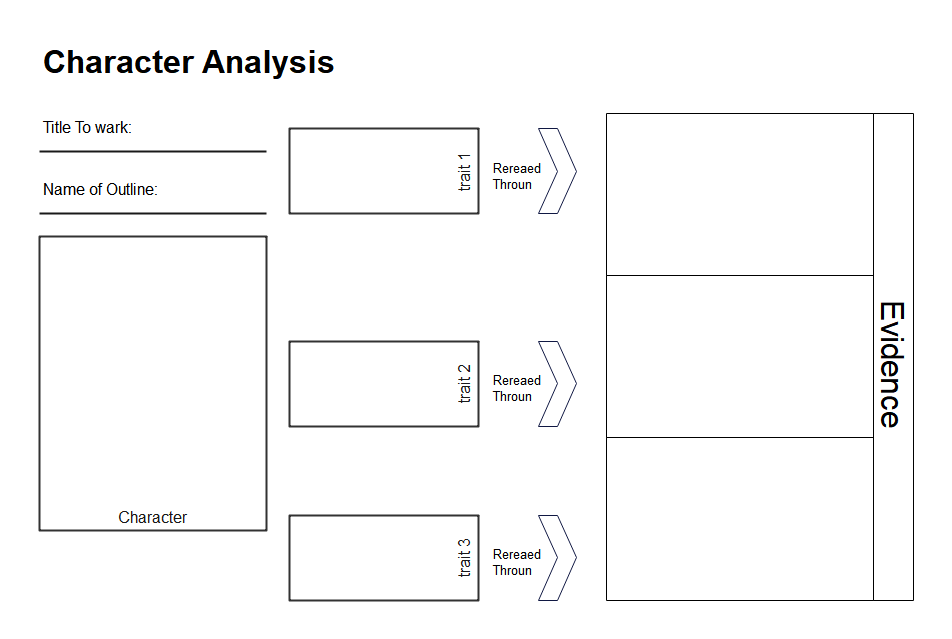 Some huge essays and stories include more than one main character. You can use the prescribed organizer template to visualize their appearance and traits. It includes the visual representation of quotes and thoughts of both characters. Moreover, special boxes summarize these characters' end and start states. In this way, the students can conceive the knowledge about the consequences of specific actions. The organizer enhances the ability of readers to compare two characters based on their personalities and imaginations. 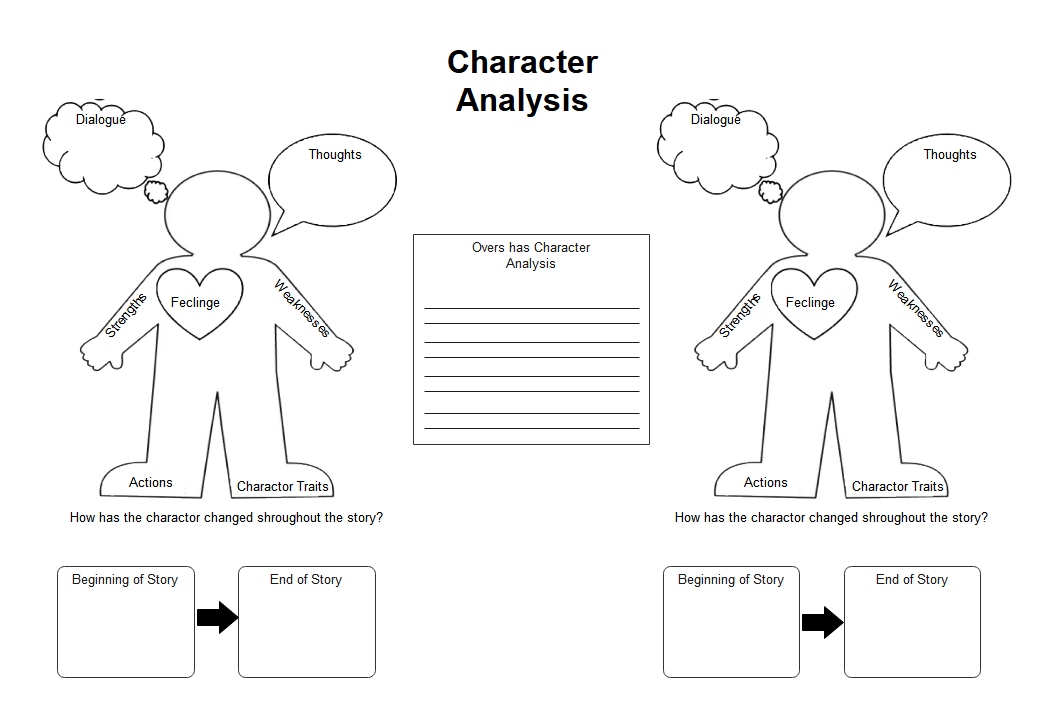 This character analysis graphic organizer example directs the reader's attention to the character's traits. It points the audience to sources not directly cited inside the write-up. These may help the readers to judge the character better. The organizer includes a shortly summarized character biography that includes all essential details. The summary helps the reader to imagine the physical state of the character. Moreover, it helps them to perceive the character's thoughts. There is a special box for the character's birthday, birthplace, and accomplishment. Plus, if any family members are present in the storyline, it also shows their details. 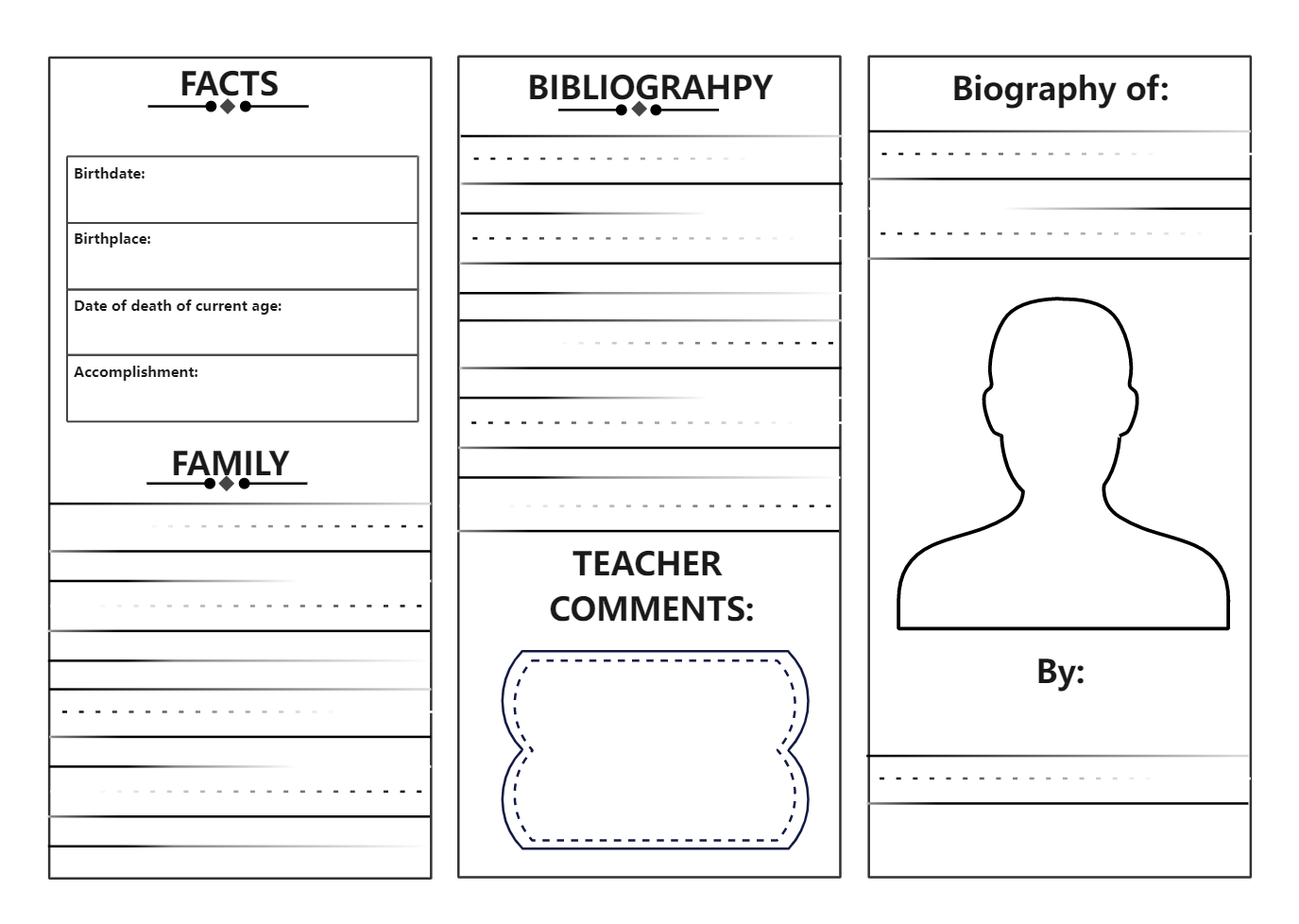 The character organizer of this type can summarize 4 different traits of the same character simultaneously. It includes a fundamental section at the top containing the story and character name. Below that, four different sections are available, each for a varying trait. The students have to fill in the trait's name and provide textual evidence from the story that supports it. This example helps the reader to understand how diverse a single character can be. Moreover, it enhances their abilities to look for evidence inside the write-up. With its help, focusing and analyzing multiple traits in a single instant increases reading comprehension. 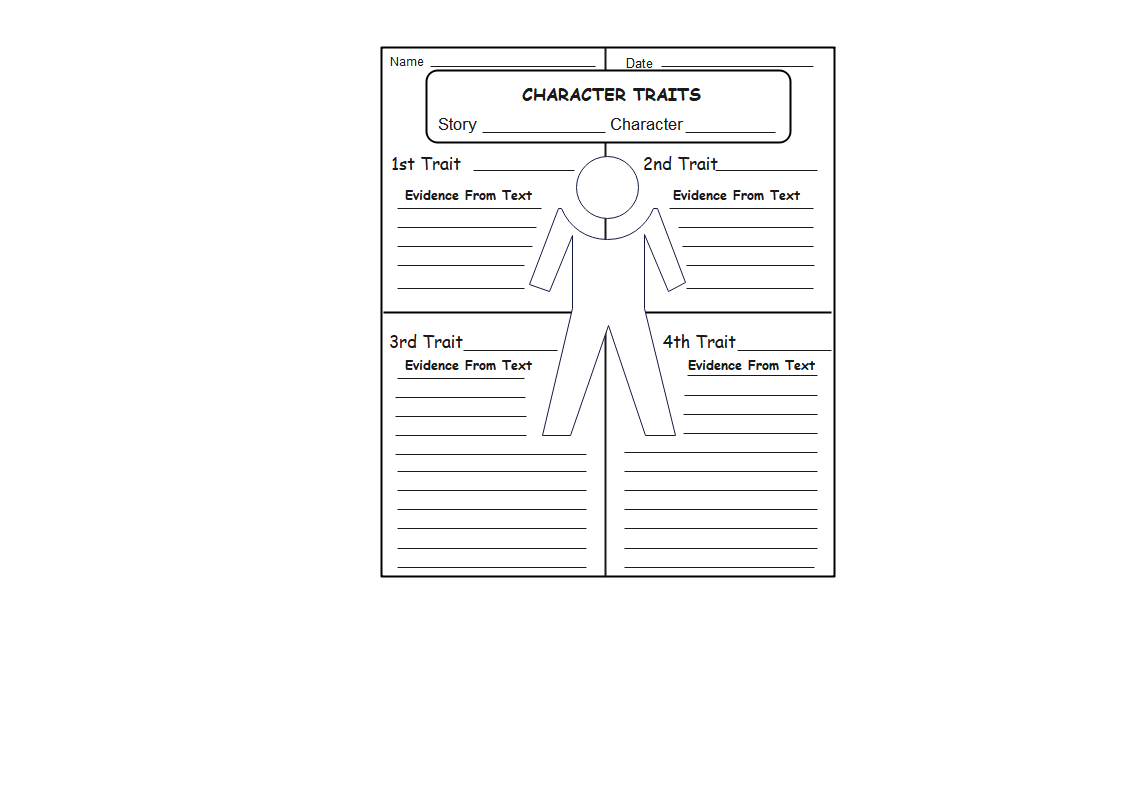 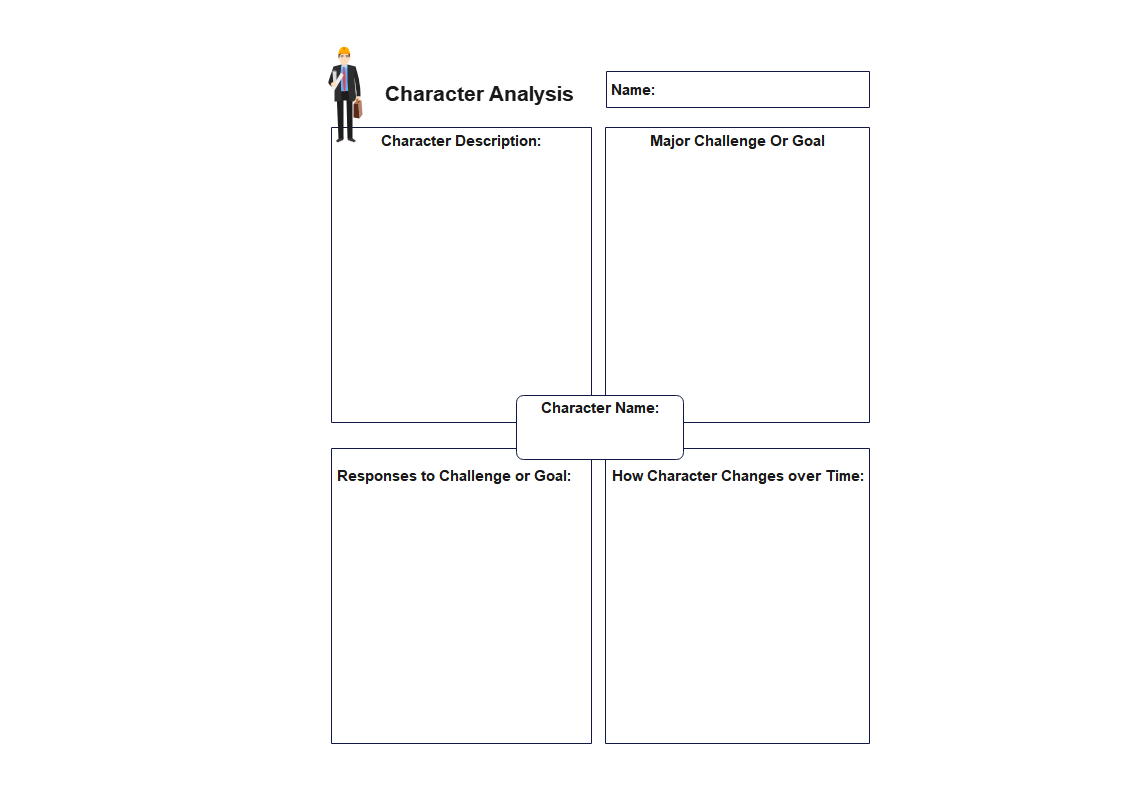 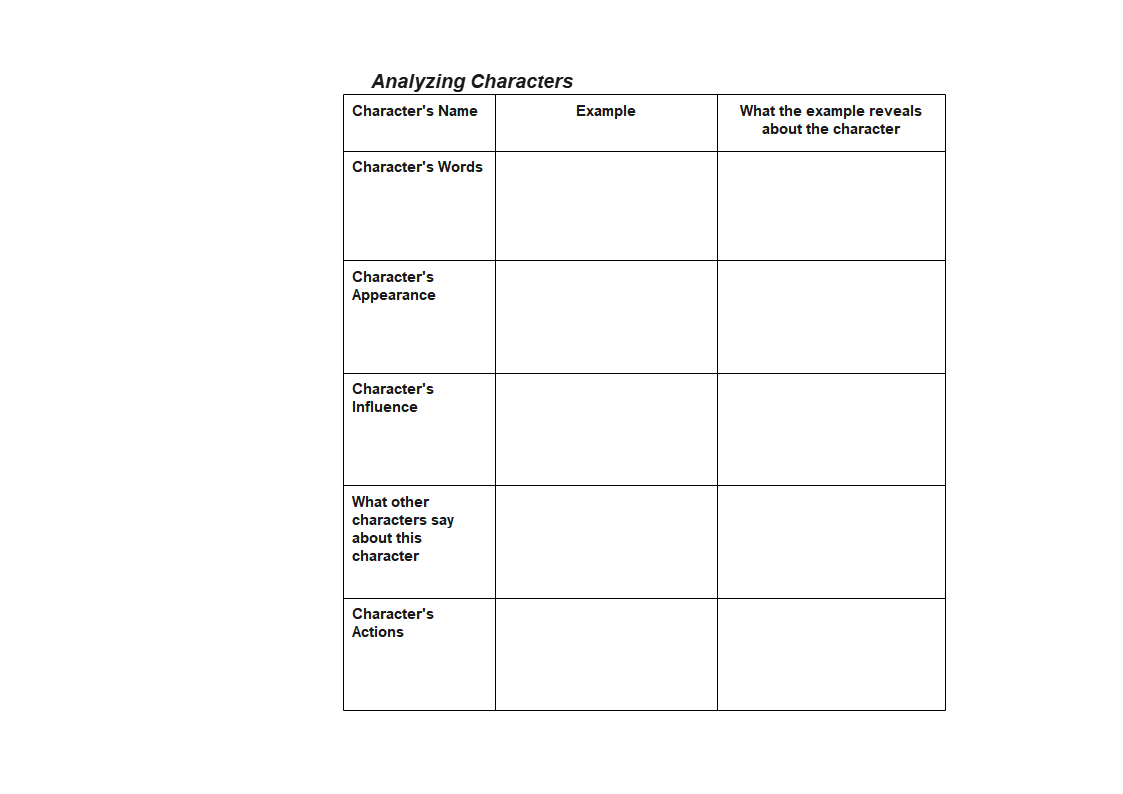 3. How to Make a Graphic Organizer

Step 2 - Once logged in, you'll find yourself at a home screen and a menu of options on the left. There isn't an extensive list, so you won't have to scroll down. Look for an option named Templates Community and click on it.

Step 3- Clicking on Templates Community will take you to a social platform of readymade templates. Users from all over the world share templates for free usage. You can find tons of options there. Find the one you desire and replicate it using the button Duplicate.

Step 4 - Once you click Duplicate, a replica of the exact template will appear on your editing screen. Now customize it. You can change fonts, colors, and shapes. Furthermore, you can add new icons, images, clipart, and shapes to your organizer. Once you have reached the final product, share it with the community by clicking Publish on the top right corner.

Online graphic organizers have tons of benefits for readers and writers. Therefore, their demand is increasing day by day. It is essential to use a reliable service to generate new character analysis graphic organizers that serve the purpose.

The online graphic organizer maker must have an easy-to-use interface with every tool in reach. EdrawMax is a tool that ideally assists anyone in graphic organizer production. A unique advantage of this online tool is its user-friendly working interface. Therefore, a typical internet surfer with minimum graphical designing knowledge can generate a graphic organizer. If you do not have enough time to make one, you can choose one from the template community. Moreover, you can change and edit it to your desire and get your organizer in a matter of seconds.

The character analysis graphic organizer helps the writer insert every minor and major character detail inside the reader's mind. It portrays the diverse details scattered in the write-up on a single page. In that way, the reader can conceive everything about the character with minimum tries. Not only that, but it also enhances the student's ability to justify the details logically and visually. It helps the students to organize the influences and events associated with the character. 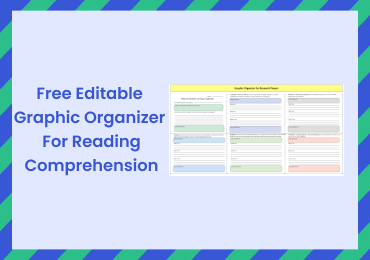 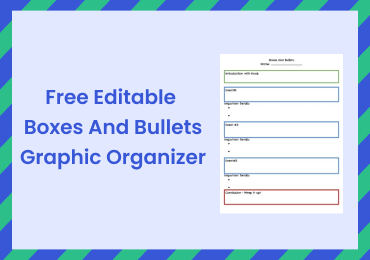 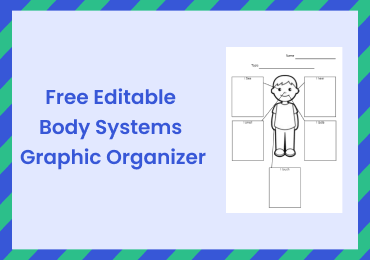 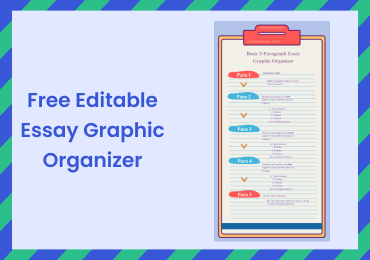 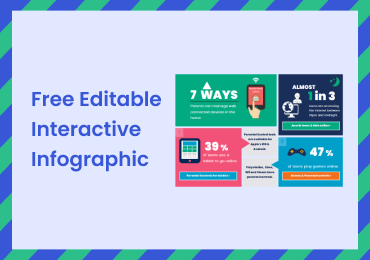